Filipina on death row in Indonesia has family birthday visit 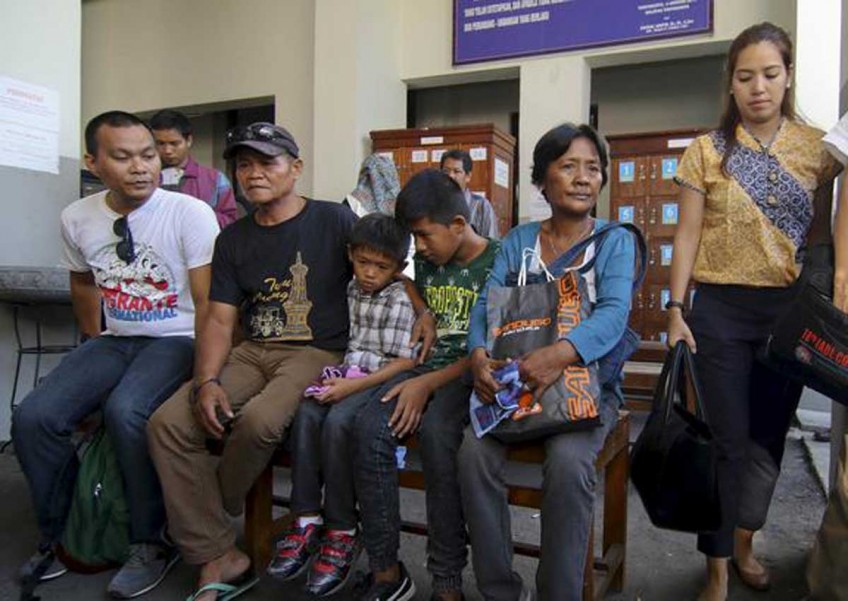 Yogyakarta, Indonesia - A Filipina on death row in Indonesia was visited by family Tuesday for a late birthday celebration, as her supporters maintained the single mother would be proclaimed innocent and escape the firing squad.

Mary Jane Veloso was reunited with her parents and two children at a prison in Yogyakarta two days after her birthday, where they presented her with gifts and letters from her supporters in the Philippines.

The 31-year-old was granted a temporary reprieve in April just moments before she was due to be executed alongside eight other convicted drug traffickers, including seven foreigners.

The Indonesian government, which has some of the world's toughest anti-narcotics laws, maintains her death sentence for drugs trafficking still stands.

But her supporters insist Veloso is innocent and was duped into carrying a suitcase lined with 2.6 kilograms (5.7 pounds) of heroin.

"We are very hopeful. We believe we can set her free, as it's very clear that she is innocent," Laorence Castillo, an activist from Filipino migrant workers organisation Migrante International told AFP Tuesday.

Veloso was sentenced to death after her arrest in 2009, but was granted a temporary reprieve after a woman suspected of recruiting her was arrested in the Philippines.

Castillo said legal proceedings against Veloso's alleged recruiter were ongoing in the Philippines, and the matter would return to court again in February.

A spokesman for the Indonesian attorney general's office told AFP that Veloso's position remained unchanged, despite the ongoing trial in the Philippines.

"In Indonesia, her status is still as a death row convict. There has been no new updates, the situation is still the same," spokesman Amir Yanto said.

Yanto said while there was a possibility executions would resume in 2016, none had been scheduled yet because the government was focused on Indonesia's economy.

Indonesia invoked the ire of several countries last year when it executed 14 death row inmates, including 12 foreigners, for drugs offences.