Filipino beauty queens: A new weapon in war on communism

Actress Arci Munoz is also a member of the Philippine air force reserves.

For millions of young girls living in poverty in the Philippines, becoming a beauty queen is the rags-to-riches fantasy of choice when it comes to plotting a way out of the shanties.

And like the boxer-turned-senator, the Philippines punches above its weight when it comes to beauty contests, lagging only Venezuela as the country with most winners in the world’s Big Four beauty pageants (Miss World, Miss Universe, Miss International and Miss Earth).

From an early age, many will compete – with their parents’ blessings – in local beauty contests in the hope of being spotted and working their way up to those hallowed international stages.

For the few who succeed, fame, riches and multimillion-strong Instagram fan bases await.

But getting there is no easy task. Budding beauty queens must do more than simply look good in a swimsuit.

To succeed at the highest levels requires something more, and not just the cliched ability to wax lyrical about world peace.

Indeed, in today’s Philippines, some beauty queens are being used as weapons against the world’s longest-running communist insurgency.

Read Also
'This is our body and our choice': Actress Ase Wang pushes for government to lift social egg freezing ban 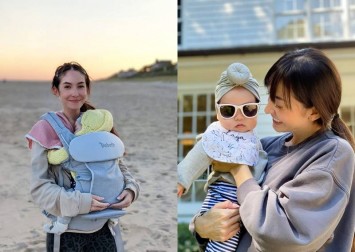 Since the 1970s, government forces have been fighting the Communist Party of the Philippines and its paramilitary arm the New People’s Army, who want land to be redistributed back to the country’s farmers.

This clash has cost tens of thousands of lives and is seen by the administration of President Rodrigo Duterte as representing the “biggest threat” to the country.

The Philippine army, in a hotly disputed claim, has suggested recently that the New People’s Army is on the brink of collapse from mass surrenders.

Now the government is tapping women entertainment personalities to starve it of female support.

Its anti-communist task force is recruiting beauty queens alongside actresses and female media stars in a propaganda operation called “Magdalena Mission”, which it says is aimed at “promoting peace and development in the country and stopping the atrocities perpetrated by the [communists]”.

The operation’s full name is “Magdalena Mission: Care of an Older Sister”, and each of the stars is referred to as an “Ate”, or sister.

The lead “ate” is beauty queen Gumabao, whose role is to advocate for women’s “psychosocial empowerment” and mental health.

She told a press briefing on Monday (Sept 13) that the mission aimed to empower young women to become “fruitful members of the society”, rather than armed combatants.

Meanwhile, Magdalena’s youth advocate Munoz said she had joined the mission to be a “good example” to women and save “defenceless young girls” who had been “deceived” by the communists.

“We are ready to listen to them, to their problems, and to speak up [and] stand up for them and to inform them of their rights,” added Munoz, who is also a reserve member of the air force.

Munoz even claimed that as a former student at the University of the Philippines she had seen communist recruitment drives on campus.

However, critics allege that behind the pretty smiles of this new campaign lurk dangerous motives.

Some point out that the anti-communist task force – the National Task Force to End Local Communist Armed Conflict to give it its full name – is notorious for being linked to human rights violations and fake news.

Philippine media have reported that regions that received the most funding from the task force also recorded the most extrajudicial killings and illegal arrests.

Meanwhile Mocha Uson – whose varied resume includes having been a dancer, model, sex coach and former assistant secretary of the presidential communications office – has been dubbed the “queen of fake news”.

Not only was her sizeable Facebook following – of more than 5.78 million people – instrumental in directing streams of disinformation that praised Duterte and attacked his opponents during his period of campaigning for office, she also encourage her followers to harass critics with mocking, insulting and threatening comments.

Some of her most notorious posts have including sharing a photo of a child she said was raped and killed by Filipino drug addicts, but who was later found to be a victim from a case in Brazil, and accompanying a call for prayers for Filipino troops with a photo of kneeling soldiers who turned out to be Hondurans.

Critics believe the “Magdalena Mission” may be the latest example of state-sponsored “red-tagging”, a practice first introduced by the dictator Ferdinand Marcos (president from 1965 to 1986) in which the government undermines opposition figures by painting them as communist sympathisers.

As being labelled a communist often proves fatal, with victims often dying in murky circumstances classed as extrajudicial killings, critics say red-tagging is an effective method to stifle freedom of speech.

Aside from being seen as a state mouthpiece, Uson often accuses her opponents of communist leanings.

Perhaps unsurprisingly, feminists are among the biggest critics of the beauty queens’ new mission.

Congresswoman Arlene Brosas of the Gabriela Women’s Party said the government had “a lot of explaining to do about this”.

“These women embody everything that is wrong about our government: incompetence, brutality, negligence, and corruption,” said Brosas.

“Why is the government delegating them when they’re known for spreading disinformation? What are their backgrounds?”

Nikki Luna, a feminist artist and founder of the independent publishing house Power In Her Story, described the project as “a mix of internalised misogyny with a problematic allyship”, noting that the Duterte administration was notorious for misogynistic comments.

“Gumabao and her team [have] chosen a path that protects and enables a regime known for its atrocities against women. Duterte blatantly ordered his army to shoot female rebels’ vaginas, so how can they work with it?” said Luna, in a reference to a 2018 speech by Duterte.

“It shows that their advocacy isn’t authentic because they are not standing for all marginalized women,” she added.

Luna also warned that Munoz’s claim that she had witnessed communist recruitment drives on campus was a sign of red-tagging aimed at silencing debate in university.

Other critics say that in recruiting beauty queens the government is not just objectifying women, but exploiting them to glamorise the state’s counter-insurgency methods.

Mikayla Gonzalez, expansion officer of Girls for Peace (G4P), said the use of conventionally attractive women for the programme was problematic because a woman’s worth went beyond the physical attributes exploited in beauty pageants.

“A woman isn’t limited by the title she carries. In a world full of Gumabaos, women should be more like Maita Gomez and Htar Htet Htet, former beauty queens who challenged suppressive governments instead of collaborating with them,” said Gonzalez.

Belle Ongrea, National Convener of G4P, said what the government and the Magdalena Mission beauty queens needed to do instead was try to understand why young women might be drawn to the communist cause.

“If they are genuinely interested in helping, then they should have mentioned that the primary problems facing the youth during this pandemic are the greater inaccessibility to education and the rising cases of domestic abuse at homes, but they didn’t even discuss that,” she said.

Asked why some women felt compelled to take up arms when there were non-violent forms of resistance, Ongrea borrowed a quote from bestselling Indian author Arundhati Roy.

“Can the hungry go on a hunger strike? Non-violence is a piece of theatre. You need an audience. What can you do when you have no audience? People have the right to resist annihilation,” Ongrea said, quoting Roy.

“Women, especially the marginalised in the countryside, are left without a choice when their rights have been taken away from them. What do they expect women to do, when guns have been pointed at them by the military in the first place?”.

Ongrea said the way to end the bloody insurgency was to establish pro-people economic reforms. 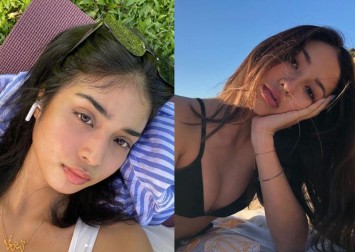 “The government should resume peace talks because this would address the socio-economic conditions that caused the armed conflict in the beginning, and I hope the task force recognises that,” said Ongrea.

Meanwhile, rights groups say that between January 2020 and June 2021, there were 40 politically motivated killings of unarmed civilians in the Philippines.

Luna warned the opportunity to discuss the roots of the 52-year civil war in the country was slipping away.

“Perhaps it’s important to ask why there are women engaged in revolutionary activities? What are they fighting for? Is it really wrong to be a communist?” asked Luna.

Luna noted the influences of the late poet Kerima Tariman, who gave up her life as an artist to join the communists, and the Filipino writer Lualhati Bautista, a quote of whom she has tattooed on her body: “Changes, [and] revolution, are inevitably bloody, just like giving birth”.

Said Luna: “I think that quote encapsulates the essence of being an advocate of change and being a mother.”