A Filipino domestic worker in Hong Kong has confessed to maltreating her employer's 10-month-old baby and awaits sentencing.

The Filipino woman, identified only as Joan F.B., pleaded guilty to one count of "ill treatment or neglect by those in charge of child or young person," as per a report by Hong Kong News on June 19.

Joan admitted at the West Kowloon Magistrates' Courts that she cradled the 10-month-old baby and forcibly swung him side to side without supporting his neck and head with her hand.

The incident, which took place last February at The Bellagio in Sham Tseng, was brought about by Joan's unhappiness because she was supposed to go home to the Philippines for vacation that month. Her trip had been agreed upon since November 2018, but her employers required her to get a contraceptive injection last December so she would not get pregnant. Joan eventually cancelled her trip, which was supposed to be from Feb. 13 to 24, despite already having bought tickets. 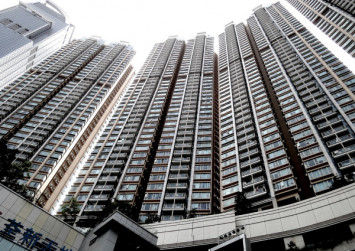 Joan's employer inquired about her work at the time of the incident, but she did not respond. CCTV footage showed that Joan "forcibly" swung the baby side to side without supporting his head after her employer left. She, however, denied maltreating the baby when she was confronted by her employer.

The baby showed no signs of abuse after medical tests at the hospital, but a doctor said forcefully swinging the baby could cause vomiting and cerebral hemorrhage, as per the report. It was noted by the employer, however, that the baby had been vomiting occasionally since December 2018.

"[Defendant] had a dispute with her employer regarding her holiday condition," Joan's lawyer was quoted as saying. "If she was to go on holiday, the defendant had to have a contraceptive injection to prevent her from getting pregnant."

The lawyer said Joan had built up anger as the date of her trip got closer and the baby took the brunt of her frustration.

"As the time got closer, she had all these built up frustration and anger…" the lawyer added. "She took it out on the 10-month-old child… There is no excuse for her behaviour."

West Kowloon Acting Principal Magistrate Ada Yim is set to decide on Joan's sentence on July 2. Joan, who is in custody, awaits her fate.