Firecrackers and gunfire hurt over 300 in Philippines' New Year celebrations 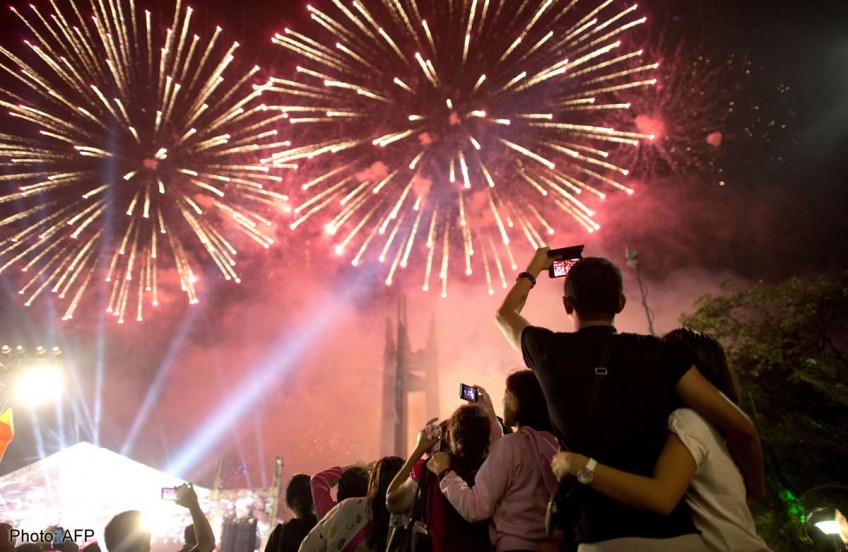 Hundreds were injured by fireworks, firecrackers or stray bullets in the days leading up to New Year's Eve in the Philippines.

MANILA - Firecrackers and gunfire during New Year revelry in the Philippines left 354 people injured, with more than a dozen requiring amputations including a five-year-old boy, the top health official said Thursday.

The annual tide of injuries during New Year celebrations dropped to the lowest in five years, with 351 people hurt by fireworks and three hit by stray bullets in the last few days of 2014, said Health Secretary Janette Garin.

However the number of people who had to undergo amputations shot up to 14 from eight last year, she said, adding that a five-year-old boy lost his hand.

Garin said the health department's campaign against indiscriminate fireworks and the passage of tropical storm Jiangmi, which brought heavy rains to the central and southern islands, had brought down the injury toll.

She said the department would continue to monitor hospitals for more injuries or deaths that might be reported later.

Authorities have repeatedly warned against the custom of welcoming the New Year with indiscriminate fireworks and celebratory gunfire, which result in numerous injuries and fatalities every year.

In the previous year's celebrations, at least two people were killed and 793 others were left injured.