A Hongkonger is in isolation after contracting a fungal infection of a multidrug-resistant species never before recorded in the city.

The 48-year-old man was admitted to the intensive care unit of Princess Margaret Hospital in Kwai Chung on May 19 following a pulmonary embolism, or blood clot on the lung.

The fungal species Candida auris was detected in mid-June, the first such case in Hong Kong.

The man's condition was stable and he was in isolation at the hospital, a spokesman for the Centre for Health Protection said. 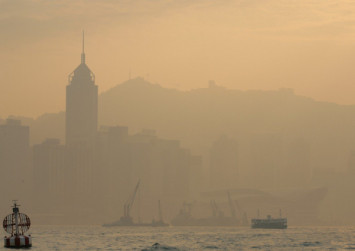 Candida is a fungus commonly found in nature, particularly in moist and warm environments.

In humans, it is frequently found in the oral cavity, the digestive tract, the skin and the vagina.

Though it is a common fungus in the human body it can occasionally cause infections, especially in people with impaired immunity, the spokesman said.

Candida auris is more drug-resistant than other Candida species. Infections can vary from mild to potentially life-threatening or fatal, depending on which part of the body is affected and the general health of the patient.

Globally, the species has become increasingly prevalent since 2016 in many regions, including North America and Europe. The emergence of Candida auris has been linked with nosocomial outbreaks at health care facilities, the spokesman added.

The centre reminded the public of the proper use of antimicrobials and to maintain personal hygiene to help guard against the disease.

Professor Yuen Kwok-yung, a top microbiologist at the University of Hong Kong, said the city should remain vigilant so the disease did not spread as it had in other countries, and the public should use antifungal drugs in humans, animals and plants judiciously.

He suggested a complete disinfection of the patient's environment by fumigation, as well as a full screening by fungal culture of all patients in the same ward and conducting a formal outbreak investigation.

The hospital said it would continue to closely monitor the situation of the patient as well as following up on the case.