Seoul - The heir to the Samsung business empire Lee Jae-Yong faces five charges in his corruption trial, after being caught up in the scandal that brought down President Park Geun-Hye.

Prosecutors demanded a 12-year jail sentence for Lee and up to 10 years for four other former top Samsung executives.

Prosecutors argue Lee paid or promised to pay a total of 43.3 billion won ($38.4 million) in return for actions including government support for the scion's hereditary succession at the Samsung group.

The amounts include 21.3 billion won to sponsor the equestrian training overseas of the daughter of Park's long-time friend Choi Soon-Sil.

The other 22 billion won was in donations to foundations allegedly controlled by Choi. 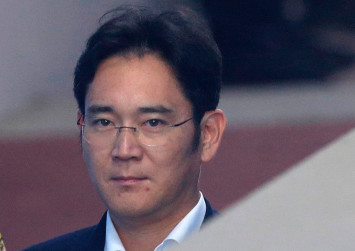 Lee's lawyers say Samsung was browbeaten by Park to support the national equestrian team, which happened to include Choi's daughter Chung Yu-Ra, and to make the donations to support the country's cultural and sports development.

They say there is no material evidence to prove the money changed hands in return for policy favours, asserting the bribery charge is based on "groundless assumptions".

Three of the other charges are linked to the bribery count.

Prosecutors argue that of the 43.3 billion won, 29.8 billion won was actually paid and this was company money diverted by Lee, amounting to embezzlement.

Samsung wired 7.9 billion won to a paper company set up by Choi in Germany. Prosecutors say that constituted an illegal asset transfer overseas.

At a parliamentary hearing in December, Lee told lawmakers said he had not been informed of Samsung's bankrolling of the daughter's equestrian training and that he was unaware of the Chois. Prosecutors say these statements constitute perjury.