Foreigner jumps to his death at Bangkok airport 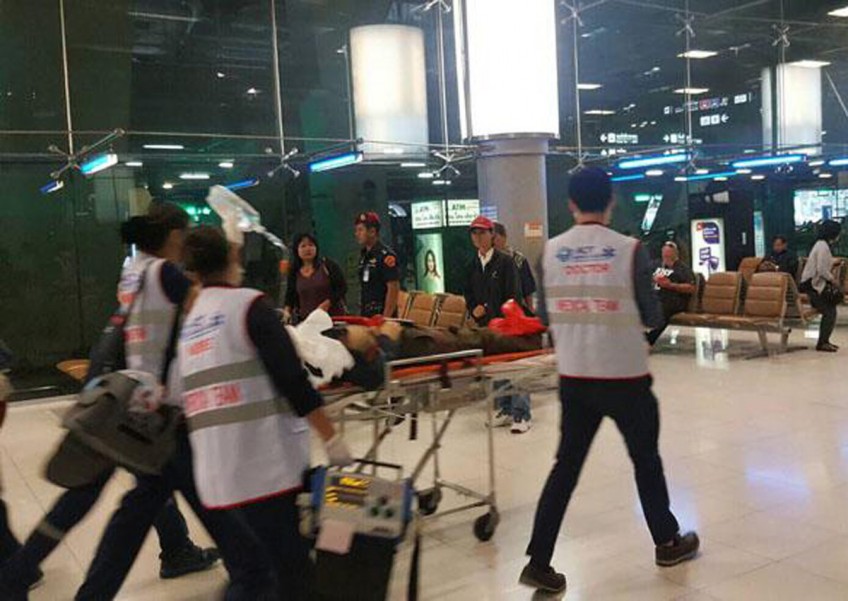 Another foreigner has jumped to his death at Bangkok's Suvarnabhumi airport this morning (March 30), following a similar incident in November 2015.

Surveillance camera footage of the latest case shows a man taking an escalator from the third floor of the passenger terminal, and then jumping down after reaching the fourth storey.

Airport authorities identified the dead man as Alan Paul Grimes, 32, who held Australian as well as Irish passports. He was rushed to Samitivej Srinakarin Hospital, where he was pronounced dead at 8.06am, reported The Bangkok Post.

An airport official has proposed the installation of more safety barriers as existing 2.5-metre-high glass walls didn't seem to prevent such incidents from happening.

Suvarnabhumi has seen suicides since opening

In November 2015, a chef from Northern Ireland died after leaping from the second floor of the airport terminal after feeling "increasingly paranoid" about his upcoming trip to Koh Samui, according to a friend who travelled with him.

Edward Baker, 35, insisted on staying put at Suvarnabhumi airport instead of going with his friend to the island.

The British embassy had asked airport police to keep an eye on Mr Baker, who had long-standing mental issues. But he managed to jump from an elevation and was later declared dead in hospital.

At the inquest held last month (February), the coroner recorded a verdict of suicide while "the balance of his mind was disturbed", reported The Daily Mail.

Mr Baker had a history of suffering from severe anxiety worsened by excessive drinking, noted the coroner.

Khaosod news reported that Suvarnabhumi airport has been the "scene of many suicides since it opened in 2006".

It said: "There were so many in 2013 that Airports of Thailand announced it would spend 30 million baht to erect glass barriers to deter jumpers."