Police have arrested a Bangkok-based woman for allegedly killing her 16-year-old housemaid in 2012.

The maid, Jariya Srisak, had disappeared mysteriously more than five years ago, but Phetchaburi police recently discovered her skeleton in the province.

Police brought Krisana to the Criminal Court in Bangkok on Monday to seek her detention until November 17, with plans to request that bail be denied on the grounds that she might jump bail or tamper with the evidence.

The court approved bail on condition that she did not travel out of the country. 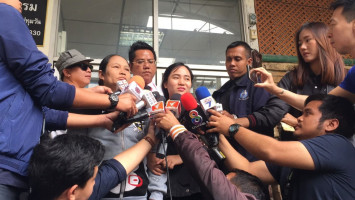 Krisana, who was arrested at a Phetchaburi hotel on Saturday night, has denied any wrongdoing. She is charged with physical assault that led to death.

Police have said Jariya started working for Krisana in Bangkok in February 2012 and was physically attacked two months later. The victim reportedly succumbed to her injuries on April 12 the same year.

Three days later, Krisana and her alleged accomplices reportedly brought Jariya's body to Phetchaburi province in order to bury her to cover up the crime.