The Kendari Police are investigating a deserter of the Indonesian Military (TNI) for allegedly kidnapping and sexually abusing six young girls in Kendari, Southeast Sulawesi, police said on Thursday.

The suspect is identified as Adrianus Pattyan, 25, a former TNI soldier who was removed from the Military for desertion on April 9. On Monday, the police received a report regarding a child kidnapping in the area. After conducting a search, the police found the suspect with one of the victims. Unfortunately, Adrianus managed to escape from the police that time.

Read Also
Indonesian child bride dead after alleged abuse: 'She could have been saved' 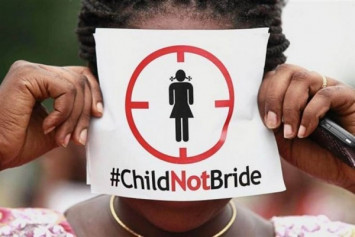 He added that the police were unable to ask for a statement from the victims, as they were still traumatized from the abuse.

According to Jemy, Adrianus kidnapped the young girls at their schools by claiming to be one of the victims' relatives. After that, he brought the girls to a hidden place and raped them.

"Unfortunately, we are unable to reveal the motive behind the kidnapping since we already handed over the case to the military police," he said.

According to the commander of the Hasanuddin Military Command (Kodam) XIV Col. Maskun Nafik, Adrianus has been detained in the military command detainment centre since Wednesday. The suspect is currently undergoing investigation to reveal his desertion motive. The Kendari military police will handle his rape and kidnapping allegation.