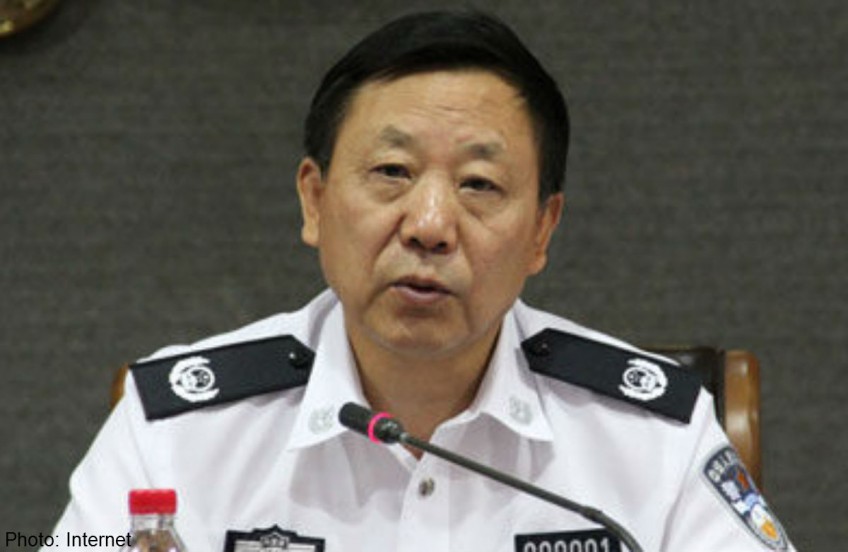 Posed Photo of a man being handcuffed.

The former police chief of the northern Chinese region of Inner Mongolia has been detained on suspicion of murder, state news agency Xinhua said on Sunday, citing public security authorities.

Zhao Liping was in charge of the police in Inner Mongolia from 2005 until 2010 and had worked for almost three decades as a police officer, Xinhua said in a brief report. He is suspected of involvement in a murder that happened in Inner Mongolia's Chifeng city on Friday, Xinhua said.

The state-run Legal Evening News said the person who was murdered was "a lady with whom he had quite a close relationship". Neither report elaborated. It was not possible to reach Zhao for comment.

Inner Mongolia, which covers more than a 10th of China's land mass and has the country's largest coal reserves, is a strategically located part of the country on the borders of Russia and Mongolia.

It was rocked by protests in 2011 after an ethnic Mongol herder was killed by a truck after taking part in protests against pollution caused by a coal mine, and there has been periodic unrest there ever since.