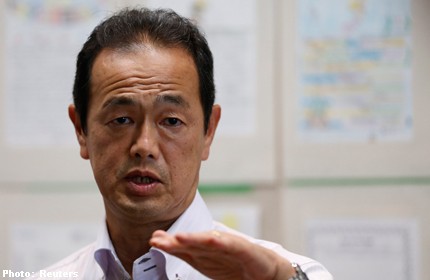 HIRONO - The operator of Japan's wrecked Fukushima nuclear plant was careless in monitoring tanks storing dangerously radioactive water, the nuclear regulator said on Friday, the latest development in a crisis no one seems to know how to contain.

Fuketa visited the plant on Friday after NRA chairman Shunichi Tanaka said this week he was concerned more of the hastily built giant containers would fail.

"Fundamentally, for a facility holding that kind of radioactive water, they did not take action that foresaw the risks of possible leaks," Fuketa said.

"On top of that, and this is an impression I had before my visit, I can't help but say that the inspections were careless."

Japan's nuclear crisis this week escalated to its worst level since a massive earthquake and tsunami crippled the plant more than two years ago, with Tokyo Electric saying a tank holding highly contaminated water leaked 300 tonnes of radioactive fluid.

It was the fifth and most serious breach of the same type of tank, as the crisis goes from bad to worse, prompting neighbouring China to express shock at the continuing leaks.

A tsunami crashed into the plant, north of Tokyo, on March 11, 2011, causing fuel-rod meltdowns at three reactors, radioactive contamination of air, sea and food and triggering the evacuation of 160,000 people.

It was the world's worst nuclear accident since Chernobyl in 1986. There are 350 tanks in place at Fukushima holding radioactive water used to cool the fuel rods. The plant is fast running out of space.

Tokyo Electric said on Thursday new spots of high radiation had been found near the storage tanks, raising fear of fresh leaks.

Tokyo Electric, which has long had problems with documentation, did not keep proper records of its tank inspections and therefore missed problems, Fuketa said.