Fukushima water may have reached sea 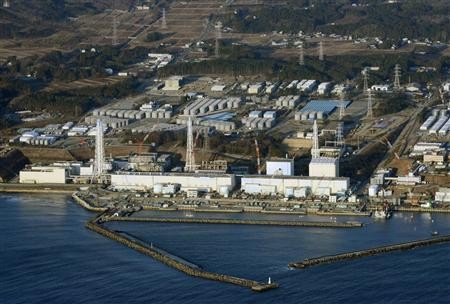 JAPAN - Tokyo Electric Power Co. announced Friday that radiation levels higher than those found in nearby areas were detected in water from a drainage ditch near a tank at its crippled Fukushima No. 1 nuclear power plant, indicating that contaminated water from the tank has leaked into the ocean.

The finding suggests that part of the 300 tons of contaminated water that leaked from the tank ran into the ditch and then out to the sea, beyond the plant's harbour.

The ditch runs north to south several tens of meters on the east side of the tank in question. It then continues to the sea.

TEPCO on Thursday analysed water samples from a 100-meter section of the ditch between the sea and an area near the tank and detected 200 to 580 becquerels per liter of beta-ray emitting radioactive substances. The level was about three to eight times higher than that found in samples taken from another 100-meter stretch of the ditch running inland from an area near the tank.

Highly radioactive spots have been found on the grounds of the plant between the ditch and the area close to a group of storage tanks that includes the tank in question.

Small amounts of radioactive substances have been detected in seawater sampled near the outlet of the ditch. However, TEPCO is continuing with investigations as it suspects the contaminated water from the tank went into the ditch and then leaked into the sea.

Officials from the Nuclear Regulation Authority's investigative team began an onsite inspection over the contaminated water leak on Friday morning.

The 14-member team includes NRA commissioner Toyoshi Fuketa, as well as specialists in groundwater and radiation management. Its original plan was to observe the leak of contaminated water into the harbour, but the storage tanks were added to the list of items subject to inspection after it came to light that water had leaked from one of them.