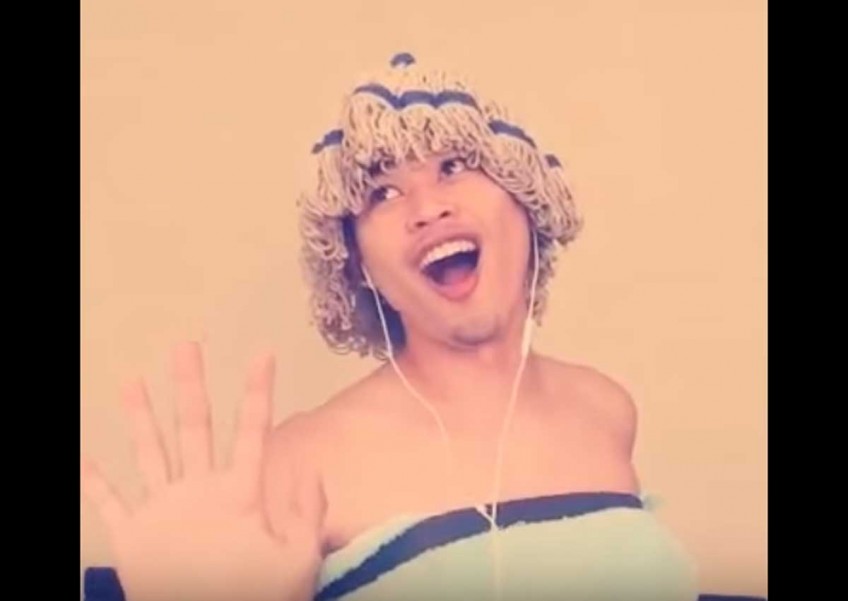 Andy Bernadee decided to create a parody of the song Let It Go from Frozen via the Sing! Karaoke application. The video pulled in over 39,000 views on YouTube.
Video screengrab

Are you a karaoke fan?

If you are, you may have seen videos of your friends singing on Sing! Karaoke, a mobile application created by Smule that allows you to sing karaoke-style either on your own, with a friend or even British singer Jessie J herself.

With karaoke being a well-loved pastime among Asians, AsiaOne decided to take a look at some of the most popular and hilarious video recordings made by Asians themselves on the application.

Here are our favourites:

Her sexy dance moves coupled with his uncomfortable expression will definitely leave you amused.

Boys with blonde wigs, fake boobs and mops on their head, dancing and singing to Let It Go - we think that's more than enough to get you laughing.

This mashup of American pop songs Counting Stars, Glad You Came and Burn will make your jaw drop.

As part of promoting the application, Smule teamed up with singers like Jessie J and Charlie Puth and got them to record a version of themselves singing one half of a duet of their hit songs.

Anyone who has downloaded the application can then sing the other half and record themselves doing so with the singers.

Here are our celebrity duet favourites:

Pretty and talented. How's that for blessed? Arisa's singing brought in over 10 million views on YouTube. If that's not amazing, we don't know what is.

And if you remember, we even had our own homegrown talent Fairus Adam try his hand at the duet last year. His video went viral, pulling in 854,482 views to date and over 10,000 likes.

Here he is belting it out with Jessie J.

This girl is taking it to a whole new level by singing in an entirely foreign language. Listen to her belt out the Korean vocals with Eric Nam.

Japanese comedian Naomi Watanabe sure does not disappoint in this karaoke video.

If these videos left you impressed or in stitches from laughing, maybe you could try making your own karaoke video via Sing! Karaoke. Sing! Karaoke is available for download on the App Store and Google Play.