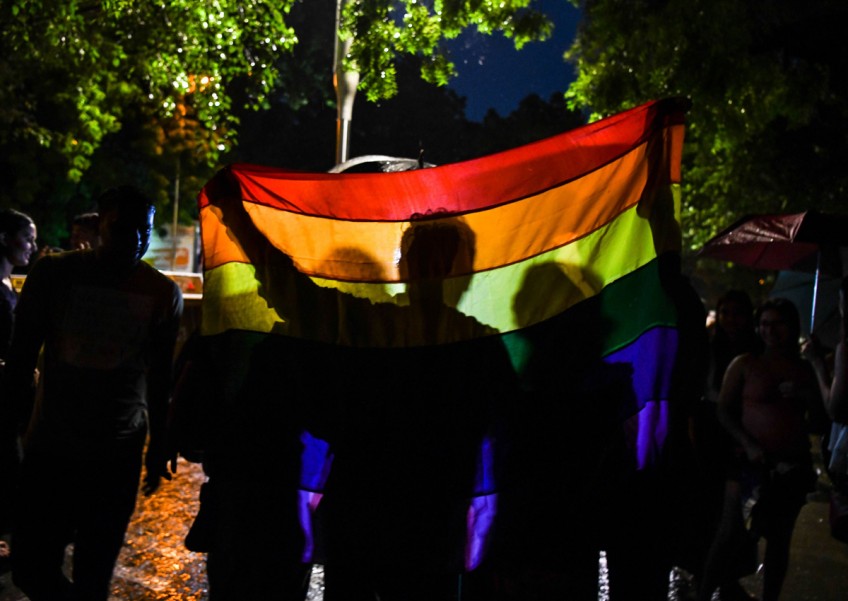 The West Java Police have arrested IS and his partner IH for allegedly running a Facebook page for the gay community in Bandung, West Java, in the first case of criminalization of LGBT hangouts on social media.

They raided on Thursday a house rented by IS, who allegedly created the "Gay Bandung" page on October 2015, in Batununggal, where they found the two men. They also confiscated five cell phones and 25 condoms.

Police identified IH as IS' partner.

The Facebook group reportedly has 4,093 active followers of various ages, including teenagers.

A wave of anti-LGBT sentiment has swept across the conservative province of West Java, with rising public anxiety over LGBT groups on social media.

The Cianjur regency administration issued a circular on Monday, instructing all subdistrict heads in the regency to ensure that sermons during Friday prayers on Oct. 17 discuss the so-called dangers of homosexuality as a lifestyle.

The instruction cited a report by the AIDS Prevention Commission (KPA) of Cianjur, which claimed that the number of LGBT people had risen significantly in the regency.

The Bandung case marked the first police crackdown on online LGBT groups, who often use discreet interaction in the largely conservative and religious society to avoid rejection and condemnation.

The suspects have been charged under Article 27 Point 1 of the Electronic Transactions and Information (ITE) Law on transmitting and spreading electronic information containing immorality, which carries a maximum sentence of six years' imprisonment and a maximum fine of Rp 1 billion.

In January, police arrested two men in Depok city for alleged prostitution. They allegedly produced videos to promote themselves and attract clients on social media.