Do you drink your bubble tea without looking at its contents? Perhaps it's time to look a little closer, especially if there's a sleeve on your cup.

A Gong Cha customer in the Philippines will probably be scrutinising his future cups of bubble tea after having an "absolutely disgusting" experience with his order.

Facebook user Nico Yabut found three small cockroaches in his passion fruit tea on Wednesday (Jan 2) and posted about it on the social media platform.

He had ordered a passion fruit tea with coco jelly from the Gong Cha outlet at Theatre Mall in Manila on Wednesday afternoon. 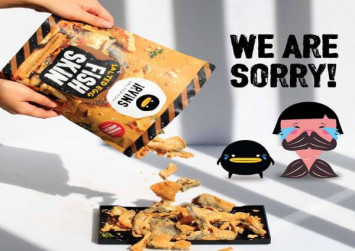 The queue at the outlet was long, but the Gong Cha staff eventually handed him his drink with a sealed straw and all seemed fine.

Unfortunately, Mr Yabut had almost finished the drink and was moving the cup sleeve to check to see how much he had left when he saw three small cockroaches floating in the tea

"This is absolutely disgusting," he wrote.

In his Facebook post, he tagged Gong Cha Philippines' Facebook page and said that it should investigate the matter. In the meantime, he had a warning for his fellow bubble tea lovers.

"Guys, please do check your orders before drinking/eating them... wouldn't want this to happen to anyone else."

THIS IS ABSOLUTELY DISGUSTING... This afternoon I ordered from Gong Cha PH Gong Cha Philippines in Theatre Mall,...

Gong Cha Singapore is not related to the Philippines outlets. The Taiwanese chain made its comeback in Singapore after a new master franchisee, Gong Cha (Singapore), partnered with Royal Tea Taiwan, the company behind the bubble tea chain, in 2017.