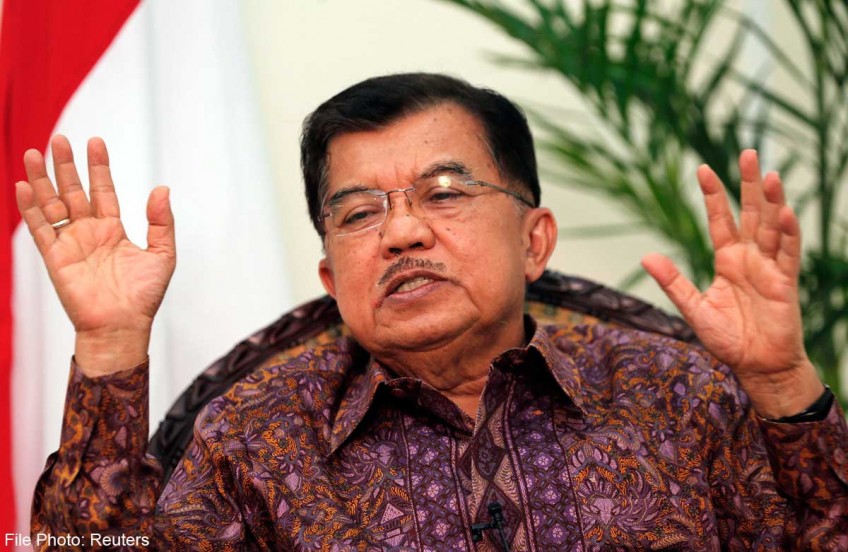 INDONESIA - Vice President Jusuf Kalla said the government would investigate 12 of the 16 Indonesian citizens arrested by Turkish authorities to disclose their purpose for traveling to Syria without legal documents.

"It will then depend on what they have done. If they are guilty they must be held responsible for what they did. Any Indonesians stranded or facing legal problems in other countries, not only in Turkey, must return," he said as quoted by Antara at the vice presidential office in Jakarta on Thursday.

National Police spokesperson Sr. Comr. Rikwanto earlier said that as many as 12 Indonesians arrested in Turkey would be returned to Indonesia.

"It is planned that they will be included in a de-radicalization programme," he said separately on Thursday.

The de-radicalization programme is an agenda established by the National Counterterrorism Agency (BNPT) under co-operation with local administrations and religious leaders that aims to prevent Indonesian citizens from rejoining the Islamic State (IS) militant group.

"Those who are suspected to have joined the IS will be selected based on their motives and not all of them will be arrested. We will determine whether they joined the group after being brain-washed or just followed their other family members. Their roles will be examined, including how far they were involved with the IS," said Rikwanto.

On March 12, Turkish security authorities were reported to have arrested 16 Indonesians for allegedly attempting to travel to Syria without proper documents. They took routes often used by IS sympathizers to travel into the IS-held territory.

It was reported that the government will return the 12 Indonesians home later this week, while the repatriation of the remaining four Indonesians is being hampered by immigration problems.