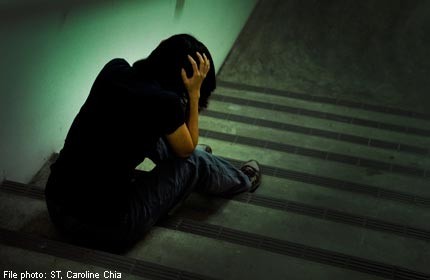 BEIJING - A group of at least 10 people attempted suicide together in Beijing by drinking pesticide, local media reported Wednesday.

China's railway ministry - a major employer - was abolished in March and absorbed into the transport ministry, leading to fears of job cuts.

Harbin is in northeast China, some parts of which have suffered from chronic unemployment following a reform of state-owned industries begun in the late 1990s by then-premier Zhu Rongji.

Police and ambulances took the victims to hospitals, according to the newspaper report, which said the incident occurred on a street near Beijing's west railway station - a major transport hub - on Tuesday.

It did not state whether any died. A spokeswoman for one of the hospitals told AFP that the patients involved had already been discharged.

China's suicide rate is 22.23 people out of every 100,000, the country's Centre for Disease Control and Prevention said in 2011, one of the highest rates in the world.

Drinking pesticide is a common suicide method in rural areas.