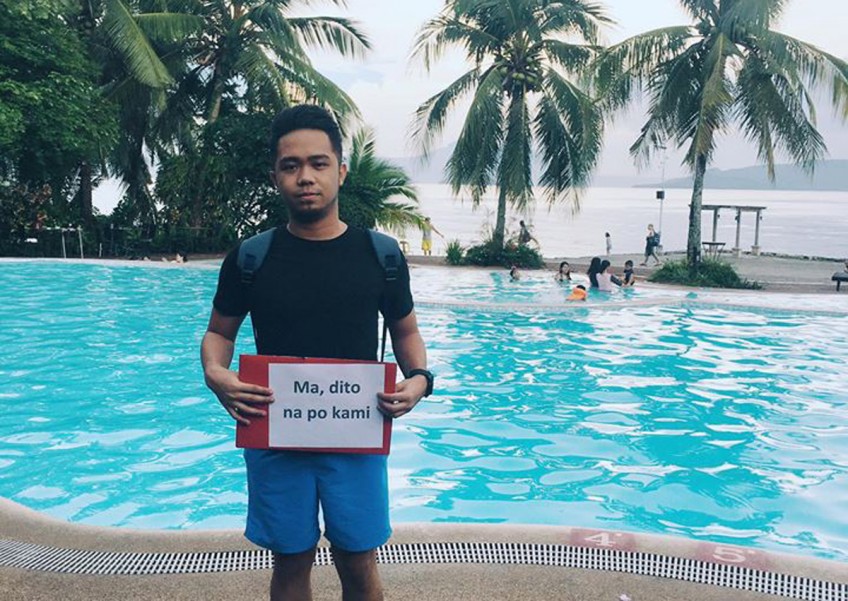 Mothers have this protective instinct for their children. They always think one step ahead and worry about what might happen next.

Though moms tend to be paranoid when it comes to their children, all they want is to keep them safe.

"It's simply what moms do," they'd even say.

You probably think it's annoying sometimes when your mom would constantly ask you for updates on where you are and what you're doing.

But for them, it's a way to keep track of what's happening with their children's lives.

This is why Mack Mamplata still updates his mom… even after she's gone.

Many netizens thought Mack's Facebook post of updating his mom all the time is both hilarious and inspiring.

InqPOP! asked him for the reason for his gestures toward his mom, and he proudly said that it's because he's a "mama's boy."

But the thing is, Mack's mom passed away 10 years ago due to lung and heart failure.

Since he's the youngest and a self-admitted mama's boy, he was really close to his mom so he felt the need to still update her as if she's still around.

It's hard for anyone to lose their mother especially at a young age.

The pain is unbearable, and it's the kind of memory that will haunt you and make you question yourself if you've ever taken your mom for granted.

For Mack, he's doing it not only for his late mother but also to inspire others to love their moms while they're still alive.

No matter how annoying you think she can be sometimes, let your mom ask updates and provide her the answers or information she needs.

Let her be the mother who wants to know her children are okay so they can sleep well at night, and be the kid who never keeps his/her mom up from worrying.