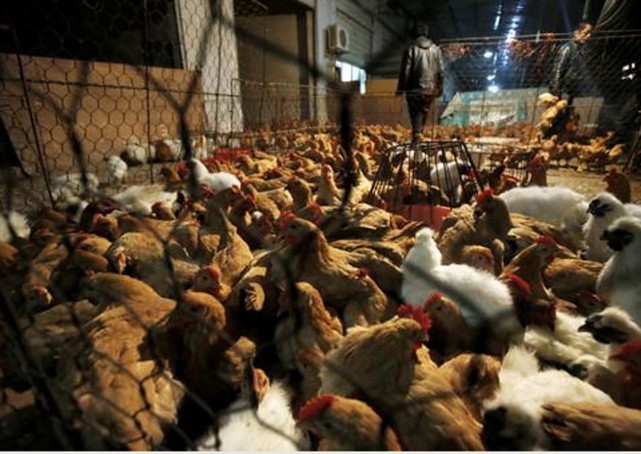 TAIPEI, Taiwan - Officials in Changhua steeled themselves to cull 20,060 chickens on a farm where the highly pathogenic H5N2 avian flu virus was found, yesterday, according to the Bureau of Animal and Plant Health Inspection and Quarantine.

The infection was confirmed on Saturday from lab tests conducted by the Animal Health Research Institute following an urgent report about unusual bird deaths on a poultry farm in Dacheng, Changhua County.

Epidemic prevention measures were then set in motion by the Chunghua County Animal Disease Control Cente, yesterday, according to the bureau.

The head of the Chunghua County ADCC, Tung Meng-chih, said the H5N2 resurgence might be due to viruses that survived after a previous outbreak. The farm was exposed to a bird flu virus early this year, determined by disease specialists on Jan. 26. Restrictions on movement were lifted on July 4, and the farm resumed poultry farming in September, said Tung.

Another possible reason would be migratory birds spreading the virus with winter approaching, remarked Tung.

Tung urged poultry farmers to prepare for possible bird flu outbreaks by tightening biosecurity, restricting access of personnel and vehicles, installing sanitizers at entrances, changing clothes before entering farms and actively monitoring animal health conditions. If any abnormalities arise, they should be immediately reported to the ADCC, said Tung.

However, the bureau stressed that though recent outbreaks have been isolated cases, the virus has not been completely eradicated, and biosecurity measures need to be adequately implemented to keep the virus at bay.

The H5N2 virus made the headlines in August: a chicken farm in Taitung culled its chickens, leaving only around 170 left.

Shih Tai-hua, deputy director-general of the BAPHIQ, said that the avian flu is an H5 subtype that poses no threat to humans.

According to the Centres for Disease Control, the current variation of the H5N2 virus is mainly spread among poultry and is highly pathogenic, which means contamination would quickly lead to death for infected birds.

The CDC stated there have been no prior cases of human infection, however, personnel exposed in high-risk environments might be vulnerable to the virus.