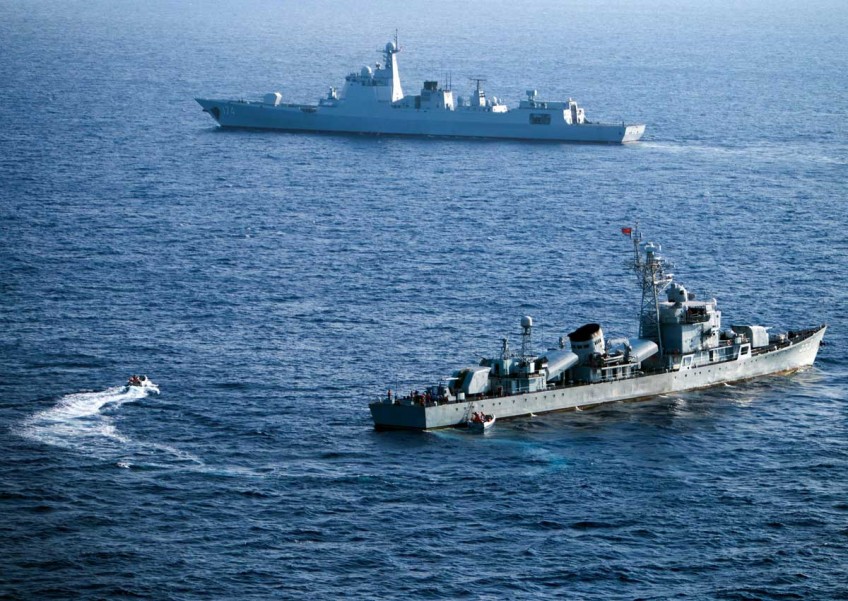 This file photo taken on May 5, 2016 shows crew members of China's South Sea Fleet taking part in a drill in the Xisha Islands, or the Paracel Islands in the South China Sea.
AFP

Just as anticipated, the South China Sea arbitral tribunal in The Hague delivered an outrageously one-sided ruling in the case initiated by the Philippines.

The Philippines, along with some other countries, may rejoice over the tribunal's de facto overthrowing of Beijing's core territorial claims. But there is no moral high ground to claim here, because the ruling is inherently biased, unjust, and thus not executable.

The ruling is "a piece of paper" that is destined to come to naught, since it does nothing except reveal the tribunal's degeneration into a political instrument.

The ruling's stillbirth was predestined, not just because of Beijing's stance of no participation and no acceptance, which it stated from the very beginning, and which it reiterated on Tuesday after the ruling was announced.

But, more importantly, because Beijing is correct in claiming that it is safeguarding international law by basing its position in strict accordance with international law and on solid jurisprudential foundations.

The tribunal's decision is guaranteed to escalate tense exchanges. Washington, which has been trampling over the law in the name of "respecting" it, will surely not let slip the opportunity the ruling offers to vilify Beijing, its own contempt for customary international law and reluctance to ratify the United Nations Convention on the Law of the Sea notwithstanding.

But with military activity reaching unprecedented levels in the South China Sea, there is no guarantee that an escalating war of words will not transform into something more.

While preparing itself for the possibly endless "lawfare", Beijing certainly should, and has to, ready itself for worst-case scenarios, including potential military collisions.

However, it knows peace best serves its long-term interests, and the interests of all in the region.

The test now for Beijing is whether it can realise the "pragmatic provisional arrangements" it proposed. That entails proposing attractive options, and a positive response from other claimants.

The US can rest assured, however, that its naval operations are still unnecessary, for in spite of its understandable anger, Beijing has again promised to "respect and support" freedom of navigation and overflight for all countries, and to protect international transport channels through the South China Sea.

At this point, at least, Beijing is willing to "make every effort to make pragmatic provisional arrangements, including jointly developing corresponding areas".

So while enthusiastic third parties may provide them with all ammunition they need to confront China, if the parties concerned are truly seeking peaceful solutions to the disputes, they should not miss out before Beijing has to close the door to negotiations.