Hawker in Indonesia assaulted for taking too long with order

A pecel lele (fried catfish) vendor in Bekasi, West Java, was attacked by two of his customers, reportedly for being too slow in serving their orders.

"The victim was selling pecel lele when the two men placed their orders. The perpetrators apparently got angry and punched the victim, because they were kept waiting too long for their orders," Erna said on Tuesday, kompas.com reported. 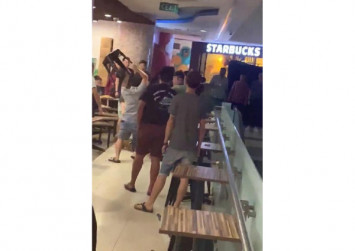 The attackers punched the victim until he called out for help from his younger brother selling toast nearby.

"Despite the witness [the brother] arriving at the scene to stop the fight, the attackers continued to beat the victim using a wooden stick," Erna said.

The attackers then fled on their motorcycle. Meanwhile, the victim was taken to Kramatjati Hospital in East Jakarta by his family for treatment for facial injuries.

Erna said the victim reported the case to Pondok Gede Police and the police were currently looking for the perpetrators.