He saves tourists from drowning in mud 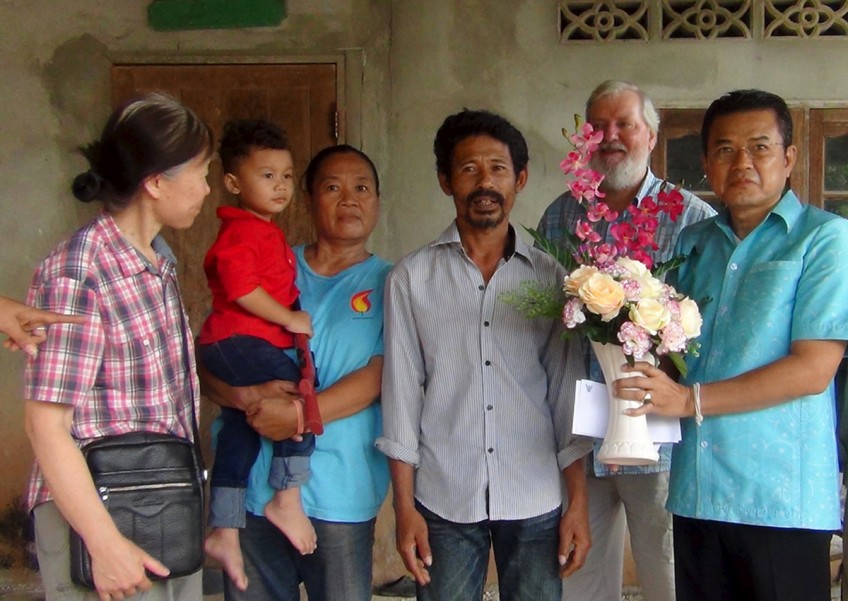 His act of saving a tourist couple from sinking into thick river mud has made him an overnight hero in Thailand.

For his efforts, Mr Chat Ubonchinda, 44, a fisherman from Krabi, was presented with a "Seu Samart" (honorary jacket) and the Pride of Thailand award.

He has also been rewarded with a trip to Bangkok, where he will meet Prime Minister Prayut Chan-o-cha tomorrow for the award ceremony, Bangkok daily The Nation reported.

The incident happened late last week when Mr Chat was returning from a fishing trip.

He saw a Norwegian tourist, Mr Arild Hagen, and his Chinese wife, Madam Guo Yaxiang, struggling to extricate themselves from the mud. The more they tried, the more they sank.

The couple, who are birdwatchers, had been taking photos of birds and mangrove creatures.

Mr Chat rushed to their aid.

When he failed to rescue the couple, who were thigh-deep in the mud, he lay flat on his stomach so that they could step on his legs and back to get to safety, Bangkok Post reported.

The rescue was filmed by an onlooker and uploaded online. It went viral, with netizens praising the fisherman.

Since the incident, Mr Chat has been receiving awards and praise.

The Krabi Provincial Electricity Authority will take care of a temporary electric meter shared by Mr Chat's five adjoining houses and a power bill of almost 10,000 baht (S$392) a month.

The Muang Krabi Municipality will build a public road to his home so that electricity poles can be erected.

Officials also gave him a boat to help him in his work.

A humble Mr Chat said he had not been expecting anything in return when he rescued the couple. He said he was still suffering from back pain after the rescue, but said it was worth it.

"Backache is bothering me a bit because the man (Mr Hagen) is a big guy weighing over 100kg," Bangkok Post quoted him as saying.

"But it is okay. I am glad I have saved their lives."

"What he did showed true sacrifice and he has set a good example for Thai people, especially for youngsters," said Ms Kobkarn, who met Mr Chat on Tuesday.

"Being a good host lives in Thais' souls. I do not want Thais to forget this," she said.

Mr Sugree Sithivanich, deputy governor at the Tourism Authority of Thailand's marketing communications department, said Mr Chat was the first person to be awarded the Pride of Thailand honour.

A banner was put up near Krabi International Airport with Mr Chat's picture, to honour him for his heroic deed, Bangkok Post reported.

This article was first published on October 22, 2015.
Get The New Paper for more stories.