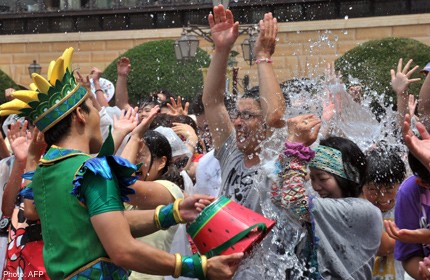 TOKYO, July 23, 2014 (AFP) - Sweltering temperatures across Japan have left at least three people dead and 3,000 others taken to hospital with heatstroke in the course of a week, officials said Wednesday.

The Fire and Disaster Management Agency said three people died from heatstroke last week while a total of 3,179 people were taken to hospital, rising from 2,473 a week earlier.

The mercury soared past 30 degrees Celsius last week with high humidity as the country's month-long rainy season was coming to an end.

Among the dead was a 76-year-old woman who collapsed inside a greenhouse, public broadcaster NHK reported.

Nearly half those needing hospital treatment were aged over 65.