A junk boat passes the skyline as seen from the Tsim Sha Tsui waterfront in Hong Kong, China, on August 27, 2019.

Hong Kong’s policymakers should heed a wake-up call to secure the city’s social and political stability after it fell behind rival Singapore in a competitiveness ranking for the second year in a row, analysts have said.

The pair have been the only two Asian cities for the past decade making it into the top 10 on a list of economies compiled by the Swiss-based International Institute for Management (IMD).

Singapore took the crown two years in a row while Hong Kong grabbed the fifth spot, down from second last year and the lowest since its No 6 placing in 2004.

“I am not surprised if Hong Kong’s ranking rolls further downhill next year, or even beyond No 10,” said Simon Lee, senior lecturer of Chinese University’s business school.

“The Hong Kong government needs to urgently review the city’s economic performance. This is not the first global survey that shows a worsening trend.”

In March, Washington-based think-tank Heritage Foundation found that the social unrest last year from the anti-government protests took a heavy toll on Hong Kong’s position as the freest economy in the world.

The city lost its top spot for the first time in 25 years, dropping a place after it was unseated by Singapore.

The IMD ranks 63 economies this year in its widely recognised annual survey, which started in 1989.

In terms of individual parameters, Hong Kong fared worse than the island state in economic performance – coming in 28th while Singapore managed third – and infrastructure, at 14th with the latter finishing at seventh.

IMD’s latest survey did not take into account recent events such as the coronavirus pandemic and the national security law.

“A significant reason behind the contrasting rankings is economic performance and the political instability in Hong Kong,” said Yu Liuqing, a country analyst with research group The Economist Intelligence Unit in Singapore.

He pointed out that the US-China trade war, social unrest that erupted this time last year and the Covid-19 crisis formed a cocktail of challenges to Hong Kong’s economic recovery.

“Hong Kong has to raise certainty and clarity in the business sector,” he said.

Over the past two years, the city has been caught in the crossfire of tensions between superpowers, as Beijing and Washington locked horns over trade. 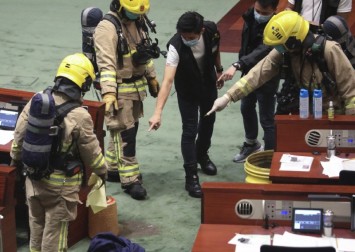 Joe Chau Kwok-ming, president of the General Chamber of Small and Medium Business, said the city’s economy had been ravaged by internal and external politics.

“Politics have permeated deeply into Hong Kong’s social atmosphere since the Occupy movement in 2014,” Chau said.

“We, as investors, need more harmony, which is also a prerequisite to re-energise the economy.”

Yu of the Economist Intelligence Unit said Singapore was relatively stable in terms of politics, and its government had a long-term vision in investing in the digital economy and encouraging innovation, which gave a clear signal and certainty to investors.

The Lion City also has an edge in being able to provide affordable housing, a thorny issue still in Hong Kong, he added.

Carlos Casanova, an Asia-Pacific economist at insurance firm Coface, said Hong Kong’s top priority was to close the wealth gap by stepping up spending on education and social welfare, followed by addressing home prices, among the world’s highest.

“Singapore faces its own set of challenges, but the authorities have been able to reduce social pressures through a series of redistributive measures that include policies to ensure that the population has access to affordable housing,” he said.

“As a result, prosperity is shared more equally, which has paid off in terms of Singapore’s ability to climb up the ranks of global competitiveness indices.” 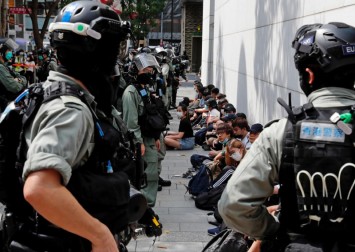 Lee of Chinese University said Hong Kong could generate short-term growth from attracting companies listed on the US stock market to have a second listing on the city’s stock exchange, as well as helping to nurture more talent in the long run.

“Now Hong Kong’s best talent has gone to the medical profession instead of the government,” he said.

“But in Singapore, the government retains the best people with pay and welfare incentives.”

A spokesman for the city’s largest business group, the Hong Kong General Chamber of Commerce, remained confident about an economic recovery next year even amid soured US-China relations that could fuel negative investor sentiment.

“We don’t expect the US to impose severe sanctions on Hong Kong, the scale of the protests is also declining.

“We believe that with all the negative factors easing, and hopefully the Covid-19 situation worldwide also improving, Hong Kong can expect to see the economy start to recover next year … We are confident that Hong Kong’s ranking will also rebound to a high level.”

The Hong Kong government said it was committed to enhancing the city’s competitiveness and economic vibrancy.

Other than putting in place pandemic relief measures worth HK$290 billion (S$52 billion), the administration has also assured the public that the national security law would not affect the city’s high degree of autonomy promised under the “one country, two systems” principle.