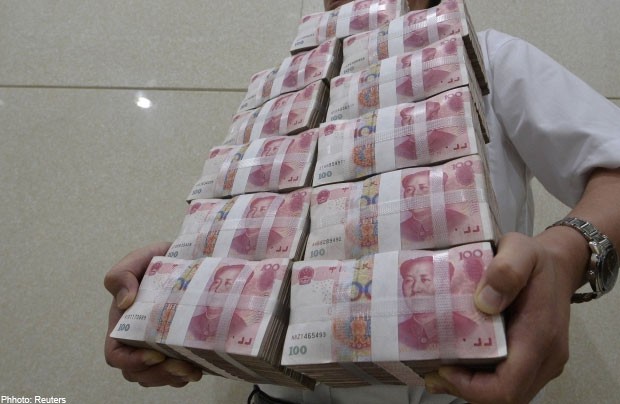 BEIJING - A Chinese regional official was sentenced to life imprisonment on Thursday for bribe-taking, a court said, the first high-ranking bureaucrat to be jailed in the corruption crackdown overseen by President Xi Jinping.

Wang Suyi, 53, was last year removed from his post as chief of the Communist party's United Front Work Department in the northern region of Inner Mongolia, an agency that liaises between the ruling organisation and non-Communist groups.

He was convicted of bribery and sentenced to life in prison by the First Intermediate People's Court of Beijing, the court said on its official account on Sina Weibo, a Chinese equivalent of Twitter.

He was charged with taking more than 10.73 million yuan (S$2.15 million) in bribes between 2005 and 2013 in exchange for securing business deals for companies and promotions for individuals, earlier Chinese media reports said.

Wang was the first official to face criminal trial among the 40 of vice-ministerial or higher rank investigated since China's once-in-a-decade power transition in 2012 that anointed Xi as chief of the ruling Communist Party, according to the reports.

The South China Morning Post previously quoted a senior editor with a regional party newspaper as saying that Wang's mistresses accused him of taking 100 million yuan in bribes, and of nepotism involving about 30 relatives.

Xi took office as president last year and has vowed to root out corrupt officials, warning that graft could destroy the ruling party.

Corruption causes widespread public anger in China and the drive has been widely touted.

At least 10 Chinese provinces have launched investigations to track down so-called "naked officials" - those whose relatives have moved abroad - and the party is increasingly punishing members on charges of "adultery", as it tries to clean up cadres' reputation for corruption and womanising.

But critics say no systemic reforms have been introduced to combat it, while citizen activists calling for such measures have been jailed on public order offences.