HK journalists kicked out of APEC for shouting at Aquino 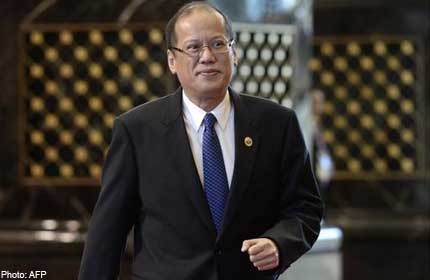 NUSA DUA, Indonesia - APEC hosts Indonesia on Monday denied stifling press freedom after withdrawing the credentials of nine Hong Kong journalists for shouting questions at the Philippine leader, insisting that they had posed a security threat.

Despite protests from Hong Kong's main journalist group, President Benigno Aquino's spokesman also said the journalists had "crossed the line" by aggressively questioning him about a hostage siege in Manila that left eight Hong Kong people dead in 2010.

"We deemed it improper for media to act that way, as they didn't talk normally but they were very demonstrative, like they were protesting," Gatot Dewa Broto, the Indonesian communications ministry official who is in charge of the APEC media centre in Bali, told AFP.

"So we did this due to security concerns," he said, adding that the press badges of nine Hong Kong journalists had been deactivated.

They were free to remain in Bali, but could no longer access the media centre or venues being used for the summit of the Asia-Pacific Economic Cooperation forum, the official said.

As Aquino entered a meeting of APEC business leaders on Sunday, the reporters demanded to know whether he would meet Hong Kong leader Leung Chun-ying in Bali and apologise to the families of the hostage crisis victims.

Now TV footage showed the journalists shouting "So you're ignoring the Hong Kong people, right?" and "Have you met CY Leung" as they tried to reach their microphones over Aquino's entourage.

He did not answer the questions, and APEC staff then intervened to admonish the journalists with one accusing the reporters of "ambushing one of our visitors", Now TV showed.

Sham Yee-lan, chairwoman of the Hong Kong Journalists' Association, said Aquino's government had "yet to provide a satisfactory explanation" for why the eight Hong Kongers had died in a botched police rescue and that the journalists in Bali were doing their job.

"The barring of the media for asking critical questions is an outright infringement of press freedom that is totally unacceptable," she said in a statement.

Now TV said its journalists were "only engaged in normal reporting duties" and urged intervention from the Hong Kong government, which is one of APEC's 21 members. There was no immediate comment on the incident from Hong Kong's delegation at APEC.

But Aquino's spokesman Ricky Carandang said the reporters had crossed an ethical boundary.

"As a former journalist I know what it's like to aggressively question a subject," he told AFP in Bali.

"The behaviour of these reporters crossed the line from mere questioning to heckling, and was even construed by Indonesian security personnel assigned to the president as a potential physical threat to him," he said.