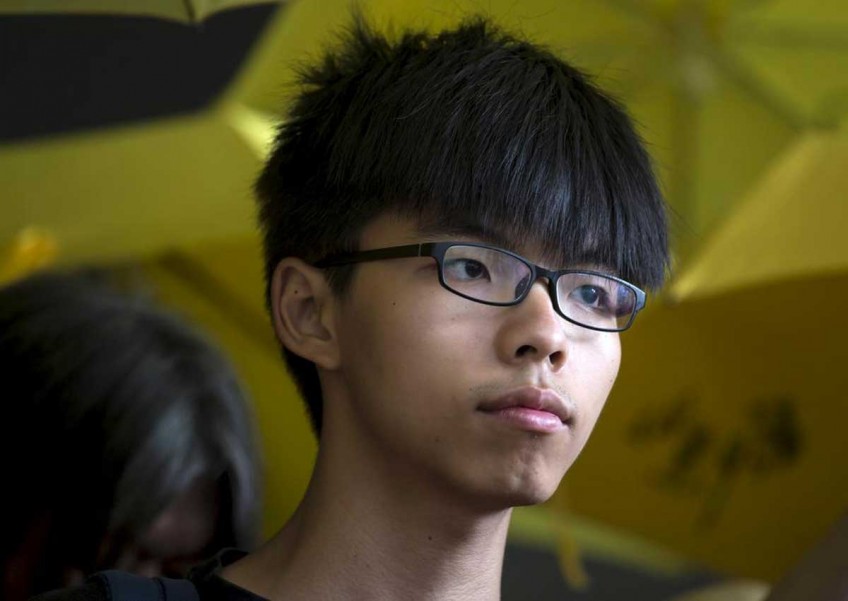 Wong is the 19-year-old student face of the Umbrella Movement, which brought major Hong Kong roads to a standstill for more than two months last year with protests calling for fully free leadership elections.

Bespectacled and baby-faced, his activism brought him international fame and he has been hailed as among the world's most influential figures by magazines including Time, Fortune and Foreign Policy.

"I just hope I get this chance to let David Cameron and other UK politicians know that China's human rights and democracy process is an issue the British government should not ignore." Wong is expected to join protests featuring Amnesty International, Free Tibet and Chinese, Tibetan and Uighur activists as Xi receives a ceremonial welcome in London on Tuesday.

He wants Cameron's government to do more to stand up to China over what he sees as an abuse of power in Hong Kong.

"For most Hong Kong citizens, we think UK government should be more active. Our observation is that the UK government is just ignoring Hong Kong for the business deals," Wong said.

The teenager, who is studying public administration at the Open University of Hong Kong, added that many people in Hong Kong saw the British government as "really passive".

The semi-autonomous city was returned to China by Britain in 1997 and is ruled under a "one country, two systems" deal which allows it greater freedoms than seen on the mainland.

But activists fear its high degree of autonomy is being eroded, a concern echoed by Britain's Foreign Affairs Select Committee in a report published in March.

Last year's mass protests in Hong Kong erupted after Beijing said candidates for the city's next leader must be vetted by a loyalist committee ahead of a public vote.

The electoral plan has since been voted down by pro-democracy lawmakers who were unhappy with the restrictions, leaving the territory with its existing system where the leader is chosen by a pro-Beijing panel.

Activists were critical of Britain's failure to speak out against China's plans for the 2017 vote, which they said breached the handover agreement.

And Wong questioned whether Britain could trust China after what he said were broken promises over its former colony.

The student leader still faces charges relating to the protests and fears he could be sent to prison next year.

He said that while he recognised the need for international leaders such as Cameron and Xi to hold talks, Hong Kong needed help from Cameron and the British people.

"I'm not saying that the British can't have any dialogue with China's government. For the prime minister and president to have dialogue is responsible but the problem is, democracy is eroding in Hong Kong," Wong said.

"I just hope the British government and the British people can stand up for democracy because so many people in China are silenced and cannot stand up." As for Xi, he added: "With ignorance of human rights, he will face more protests."