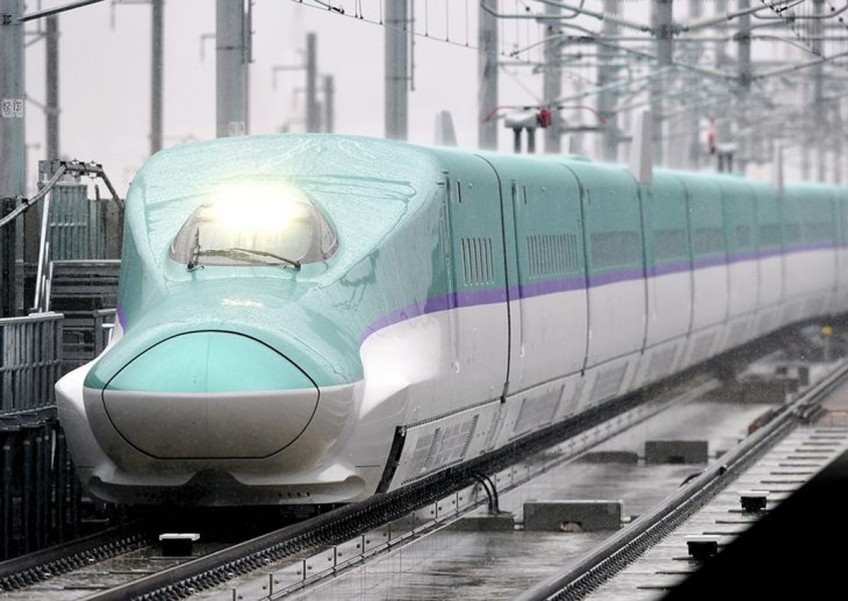 The Hokkaido Shinkansen service will make 13 round-trips a day between Shin-Aomori Station in Aomori Prefecture and Shin-Hakodate Hokuto Station in Hokkaido.

Train schedules and stops for the Hayabusa and Hayate will be announced at a later date.

The trains will run at speeds up to 260 kph, reducing speed to 140 kph when traveling through the Seikan Tunnel that connects Honshu to Hokkaido.

With the opening of the Hokkaido Shinkansen, the two railways also announced the discontinuation of four train services, including the Cassiopeia, an express luxury sleeper train connecting Ueno and Sapporo stations, and the Hamanasu express train that travels between Aomori and Sapporo stations.

The electric line voltage inside the Seikan Tunnel will be changed to 25,000 volts for Shinkansen use, meaning other trains won't be able to operate there. Cassiopeia train carriages will be used within JR East services.

[[nid:181412]]
SUBSCRIBE TO OUR NEWSLETTER
Your daily good stuff - AsiaOne stories delivered straight to your inbox