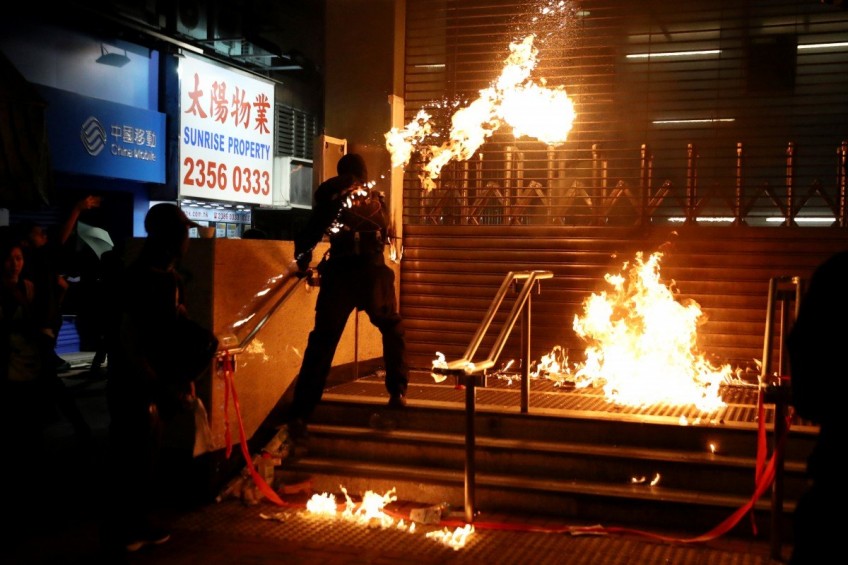 An anti-government protester throws a petrol bomb at Hung Hom MTR station during a rally on December 1.
Reuters

The Hong Kong government has hit back at accusations from Human Rights Watch of excessive police force at protests, and said officers acted "in strict accordance with the law".

Immigration officials at Hong Kong International Airport denied Kenneth Roth, the group's executive director, entry into the city on Sunday, three days before he was expected to unveil the 652-page report, which documents human rights abuses around the world, at the Foreign Correspondents' Club.

The report used a picture of Hong Kong's ongoing protests, triggered in June by the now-withdrawn extradition bill, as its cover image, and gave extensive coverage to the protests when it wrote about the city.

"If members of the public could express their views in a peaceful and rational manner, there would be no need for the police to use any force," a government spokesman said on Wednesday.

While the report noted that most protesters were peaceful, it acknowledged some had thrown petrol bombs at police and attacked those perceived as pro-Beijing, including setting a man on fire.

The government spokesman said even though the group had mentioned those violent acts in its report, many of the 1,200 protests and rallies since June had ended in violence.

"In response, police have been carrying out enforcement actions in strict accordance with the law in order to protect life and property and restore order to society," he said. 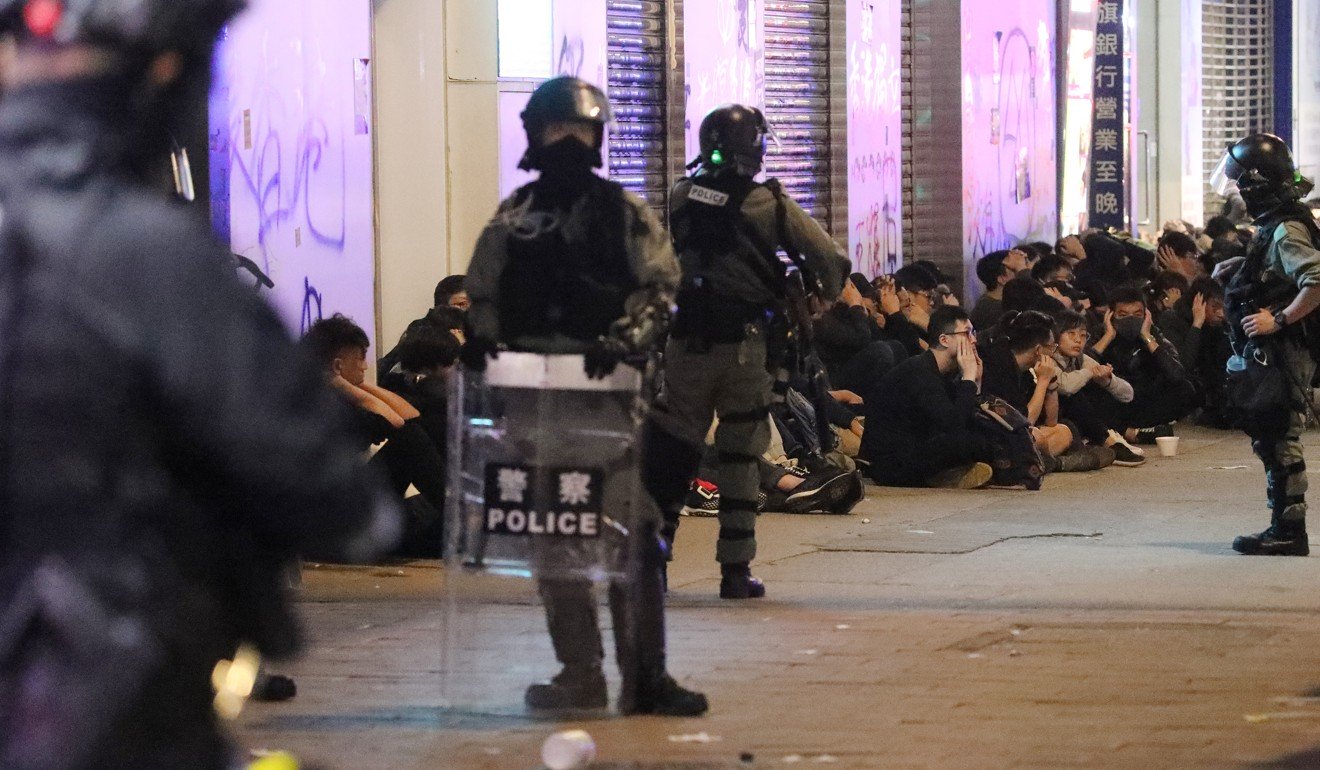 He added that the city's mini-constitution, the Basic Law, and its Bill of Rights, guaranteed rights to freedom and the government "attached great weight" to them.

The human rights group also said Hong Kong's limited freedom, under "one country, two systems" was being severely damaged, and cited the threat by Cathay Pacific to fire employees in Hong Kong who supported or took part in the protests, after Beijing warned it would impose flying restrictions on the airline.

Human Rights Watch's report attributed the ongoing protests to the government's failure to respond to demonstrators' demands, including universal suffrage and an independent inquiry on alleged police abuses.

The spokesman said the government had tried to introduce electoral reform between 2013 and 2015, but it was shot down by the legislature.

At the time, pan-democrats refused to accept the proposal because, despite the one-person-one-vote arrangement, candidates for chief executive were to be pre-selected, according to a decision handed down by the National People's Congress Standing Committee, Beijing's top legislative body.

"The HKSAR government will assess the situation carefully and take forward constitutional development in accordance with the Basic Law and the relevant interpretation and decisions of the Standing Committee of the National People's Congress," the government's spokesman said.