A robot is deployed to handle an object suspected of being a bomb in Tsing Yi.

A Hong Kong police bomb disposal squad destroyed a suspicious object at a village in Tsing Yi on Sunday afternoon.

A pedestrian spotted the object in a flower bed on a path linking Tai Wong Ha Tsuen and San Uk Tsuen in northern Tsing Yi shortly before 1pm.

Police set up a cordon about 200 metres from the object while evacuating 30 residents who live nearby and stopping others from returning to their homes.

A Facebook user in Tai Wong Ha said the authorities evacuated all residents to a nearby park.

The object consisted of two 25cm-long tubes of 3.5cm diameter, bound together by yellow tape and containing lithium batteries. Red and black wires were also connected to it. 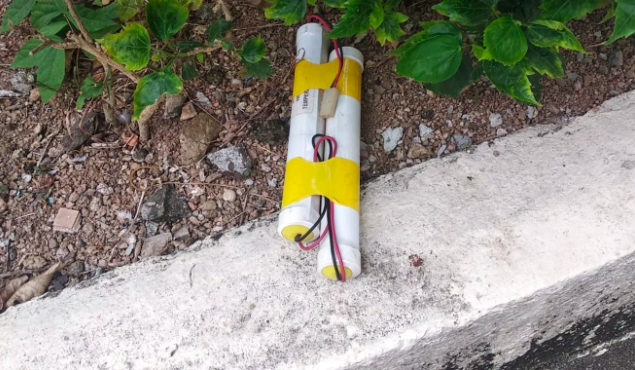 Police's explosive ordnance disposal bureau used a robot to destroy the object at about 3pm.

Police said no explosives or chemicals were found with the object.

Kwai Tsing district investigation team was on the case.

The incident came after police foiled two bomb plots in under a week related to the ongoing anti-government protests in the city.

Police said the trio were testing the strength of remote-controlled devices, which were intended for use at mass anti-government protests. 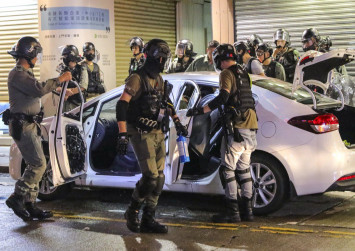 Officers also seized a radio-controlled detonation device and protective gear, including shields, bulletproof vests, a steel plate and gas masks at the scene. The tools were believed to have been used during the tests.

One of those arrested was a 27-year-old laboratory technician from SKH St Simon's Lui Ming Choi Secondary School in Tuen Mun while another man, 40, worked as an electrician. The third was unemployed.

On Monday, police seized two powerful home-made bombs, packed with 5kg (11lb) each of high-grade explosives along with shrapnel in the form of nails, at Wah Yan College Hong Kong in Wan Chai.

Detectives believed they were intended for an attack the previous day on police at a massive anti-government march, which around 800,000 protesters attended.