Police, along with customs officers, were looking into the suspected scam.

A Hong Kong couple who own a chain of money changer shops were arrested on Wednesday evening after they turned themselves in to police over a HK$11.7 million (S$2.2 million) scam involving 174 victims.

Authorities earlier suspended two licences belonging to the woman, to run the seven shops in Mong Kok, Sham Shui Po and Cheung Sha Wan, after one of her outlets failed to transfer cash into its clients' bank accounts in mainland China.

She is suspected of having pocketed the cash with her partner.

Customs officers were also investigating whether another money exchange shop, also in Sham Shui Po but was unlicensed, was controlled by the same pair. All eight shops had ceased operations.

A law enforcement source said earlier in the day that the woman was known to have "run money exchange and transfer businesses in the city for about 10 years".

He said he believed the woman had cash-flow problems.

Officers were called to one of her seven licensed money changers, on Pei Ho Street, Sham Shui Po, on Monday after receiving a report of the suspected swindle.

According to police, the case involved 174 victims and a total amount of HK$11.7 million.

A police spokesman said the victims made the money transfers to bank accounts in mainland China through the shop earlier this month.

"They called police after they found the shop did not transfer the money," he said.

Read Also
Scammers swindle Hong Kong man out of $74,000 in the space of four hours on WhatsApp 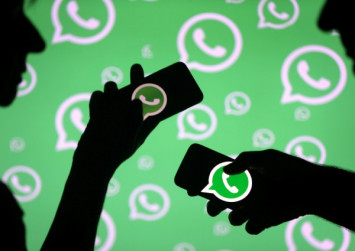 On Monday, officers arrested a 39-year-old shopkeeper, not the owner, for obtaining property by deception. She was later released unconditionally.

The Customs and Excise Department reminded the money service operator to "process the related outstanding transactions and payments in an appropriate manner".

While announcing the suspension of the two licences, the department said in a statement that "the money service operator was suspected to have violated the licensing requirements ... and consequently can no longer be a fit and proper person to operate a money service".

Customs officers reiterated that the department had been enforcing the monitoring work of money service operators and conducting compliance regulations and investigations.

In Hong Kong, obtaining property by deception carries a maximum penalty of 10 years in jail.