A handout photo. Manufacturers have been told to up their game after teethers were found to pose risks to babies.

Parents have been urged to immediately stop their children using a teething product declared a choke hazard following official testing as Hong Kong authorities warned of the cancer risk posed by other models.

The city's Consumer Council and Customs and Excise Department issued the warning on Monday after some products were found to be of poor quality and even contain cancer-causing substances.

Chewing a teether can relieve the discomfort associated with the emergence of primary teeth and reduce the risk of children putting dirty and dangerous objects in their mouths.

The Consumer Council tested 20 of those on the market, including 13 non-liquid filled and seven liquid filled varieties. The results revealed some were of substandard quality and even contained carcinogens.

According to the council, durability against biting was found to be unsatisfactory in two models.

A teether called Kamikami Baby Banana, which was produced by Edison Mama, contained a part that could be lodged "deep in a baby's throat", the watchdog said.

A Customs spokesman said: "We urge parents to immediately stop children from using the teether product, which has an end part too small, [meaning] it could be put deep into an infant's throat and cause suffocation."

Edison Mama said it had not found any problems concerning the physical and chemical configuration of its products, but would improve the product in question to meet the required standards.

The results showed that two other models contained harmful or carcinogenic N-nitrosamines and N-nitrosatable substances. One of the models displayed levels eight times higher than European standards' recommended upper limit.

"We advise manufacturers to use appropriate vulcanisation accelerators to minimise the production of N-nitrosamines and N-nitrosatable substances in order to safeguard children's health," said Professor Nora Tam Fung-yee, chairwoman of the research and testing committee of the Consumer Council.

The tests also reviewed hygiene safety levels in the liquid filled inside seven teether models, and found one model was substandard, with aerobic bacteria levels 339 times the limit recommended in the European Toy Safety Directive, the study showed.

Read Also
Teething an unlikely cause of serious symptoms 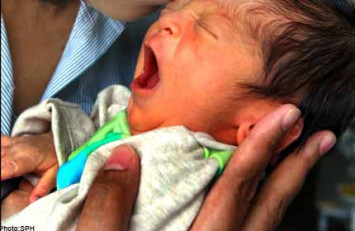 "Infants have immature immune systems, and swallowing or contacting liquid with large quantities of microorganisms and pathogens may cause bacterial infection in them and lead to gastroenteritis or fever," Tam said.

Tam urged manufacturers to pay attention to the hygiene standards of the liquid inside teethers during production, and for parents to carefully examine the products to prevent children from swallowing leaked liquid.

All test findings had been referred to the Customs and Excise Department, according to the council.

"The council advises manufacturers to immediately improve the design and production process of teethers, so as to ensure compliance of various safety standards and to minimise the potential health hazard to children," Tam said.

According to customs, the department conducted inspections in several districts and found 1,095 teether products suspected of failing to comply with the Toys and Children's Products Safety Ordinance.

Among them, 937 products posed a suffocation hazard, while 158 failed to comply with the regulations in identification marks and bilingual warning labels, the department said.