Hong Kong's Education Bureau is moving to invalidate a controversial history exam question that asked whether Japan "did more good than harm to China" during the early 20th century, arguing that the readings accompanying it were biased and the question was a leading one that flew in the face of objective facts.

The decision came a day after Beijing's foreign ministry added its voice to pro-establishment criticism of the local exam authority that set the question and the bureau's swift condemnation hours after students sat for the national examination on Thursday.

Secretary for Education Kevin Yeung Yun-hung said at a Friday afternoon press conference that the bureau would ask the Examinations and Assessment Authority to invalidate the question and make appropriate adjustments to ensure the credibility and history of the exam.

"The attached reading materials are biased towards the same position and the question is leading," he said. "The question deviates from objective facts."

Given Japan's invasion of China, the answer to the exam's question must be "doing more harm than good to China", Yeung said. "There is no room for discussion."

He said the Education Bureau would send a team of officers familiar with history curriculum to visit the exam authority on Monday to quiz them on their question-setting mechanisms, and whether they had been followed.

The decision followed Beijing's foreign ministry publicly criticising the authority over the question, warning that education could not be allowed to run out of control, like a "chicken coop without a flap".

After the ministry's criticism, posted on Facebook on Thursday night, the city's Education Bureau lashed out at the exam body for "seriously hurting the feelings" of Chinese people who suffered under Japanese occupation during World War II, and demanded a review of how questions are set.

"The two reading materials point to the same direction of Japan offering help for China," he said. "It could easily lead some candidate to arrive at the conclusion that Japan 'did more good than harm to China' between 1900 and 1945."

"Technically speaking, there were big problems with the question setting," Lau said.

On Thursday, more than 5,200 candidates sitting the university entrance exam, the Diploma of Secondary Education (DSE), were asked if they agreed that Japan "did more good than harm to China" between 1900 and 1945 with reference to two reading materials, and using their own knowledge.

The question immediately drew criticism from pro-establishment politicians and the Hong Kong Federation of Education Workers, for, as they saw it, playing down the impact of the Japanese occupation of China. The two countries were at war between 1937 and 1945.

Then, at about 9pm, the Office of the Commissioner of the Foreign Ministry in Hong Kong made a Facebook post, in the form of a report citing the federation's statement.

The report came with the headline: "'Japan did more good than harm to China in 1900-1945?' Hong Kong's education system cannot become a 'chicken coop without a flap'!"

The chicken coop was a reference to similar remarks on education in the city by Chief Executive Carrie Lam Cheng Yuet-ngor.

The report cited the federation's view that the questions reflected anti-mainland sentiment among some senior staff at the exam authority.

The office also mentioned earlier remarks by the Hong Kong and Macau Affairs Office that national education, especially on national identity, must be given high importance in the city.

One of the two reading materials given in the history exam was a 1905 article by Ume Kenjiro, a former head of Japan's Hosei University, describing plans to welcome Chinese students to the country to study law and politics, to bring about reform during the Qing dynasty.

The other cited excerpts of a letter from revolutionary leader Huang Xing to Japanese politician Inoue Kaoru seeking financial help, as well as a 1912 contract detailing support provided by Japanese business conglomerate Mitsui to the provisional government of the Republic of China.

An hour after the foreign office's comments, Hong Kong's Education Bureau demanded exam authorities look into the incident and comprehensively review its exam-setting processes, saying the question may lead candidates to reach a biased conclusion.

The bureau also said it "deeply regrets and condemns the design of such a question in a public examination".

"The question is a leading one, which may lead candidates to reach a biased conclusion, seriously hurting the feelings and dignity of the Chinese people who suffered great pain during the Japanese invasion of China," a spokesman said.

The Hong Kong Examinations and Assessment Authority (HKEAA), an independent and self-funded statutory body, said in the early hours of Friday that it would handle the matter seriously.

The HKEAA also expressed "deep regret" that the question could have harmed the feelings and dignity of those who suffered under Japanese occupation, adding that it would ensure exams would be held in a fair and credible manner.

It added that the exams and assessment guidelines were formulated by teams from a variety of backgrounds after thorough discussions. 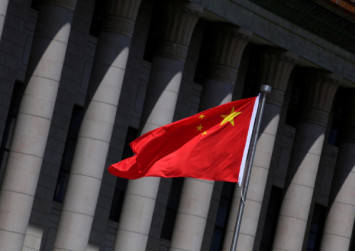 Asked if the question would lead candidates to a biased conclusion, HKEAA secretary general So Kwok-sang told reporters on Friday morning: "Our assessment mechanism is clear, each subject and marker would … look at the overall performance of candidates."

But the 100,000-member Professional Teachers' Union on Friday said the Education Bureau was "overriding education with politics", adding that the room for discussion within the sector could narrow.

"The assessment of history subject exams has been mainly based on open-ended questions," the pro-democracy union said in a statement. "The bureau's move was an act of pursuing political correctness … and seriously trampling upon the education sector's professionalism."

The controversy came a day after the bureau asked the authority to look into reports of alleged "inappropriate comments" on social media by two employees involved in the exams.

One post, written in Chinese, read: "If there were no Japanese occupation, would there be a new China? Have you forgotten your origin?"

It was believed to imply the Japanese invasion laid the groundwork for the Communist Party's rise to power.

The HKEAA said it would speak to the employees involved, as all staff were bound by relevant rules and procedures.

The authority is an independent statutory body, with the major function of administering public exams in the city. It is governed by a council appointed by the city's leader. The Education Bureau is represented on the council and two of its committees.