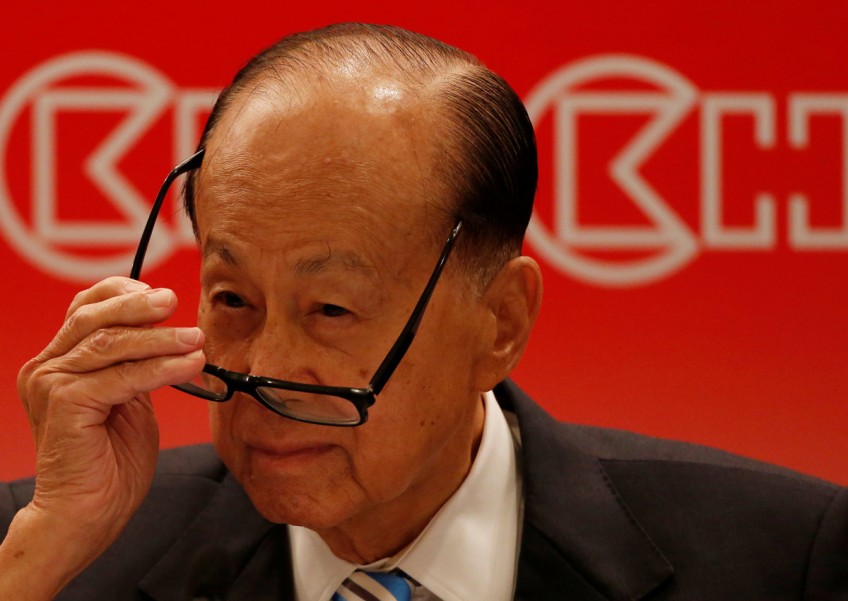 HONG KONG - Hong Kong's richest man Li Ka-shing said Wednesday he would vote for the candidate who is willing to cooperate with Chinese authorities in the city's upcoming leadership vote.

Li, 88, was speaking after his flagship CK Hutchison Holdings posted a net profit of HK$33.01 billion (S$6 billion) for 2016, six percent up year-on-year, despite global economic and political uncertainty.

But questions at the results press conference centred on Li's preference ahead of Sunday's vote for Hong Kong's next chief executive, the first since mass rallies in 2014 calling for fully free elections failed to bring about change.

Li and his two sons are members of the election committee of 1,194 mainly pro-establishment representatives of special interest groups who will select the city leader.

Pro-democracy activists reject the vote as a farce and unrepresentative of the Hong Kong people.

"Whoever is able to communicate and cooperate with the country well, and has the trust of the central government, I will vote for that person," Li said.

Former deputy leader Carrie Lam is seen as Beijing's favourite for the job, but is intensely disliked by the pro-democracy camp, having promoted a Beijing-backed political reform package rejected as a sham by opponents.

Her main rival is ex-finance chief John Tsang, perceived as a more moderate establishment choice and the public's clear favourite in opinion polls.

"Regarding Hong Kong's future, these (next) five years cannot be a repeat of the past five years. We hope that there will be a new phase," he told reporters.

Current leader Leung Chun-ying, seen as a puppet of Beijing, has served a turbulent term marked by running battles between protesters and police, and the emergence of an independence movement.

At one point Li appeared to choke up as he said Hong Kong needed to improve - but later said it was a cold that had caused him pause.

"I love Hong Kong... today our GDP has fallen to around two percent, why can't we do better?" he said, comparing it to the growth he saw after he arrived in the former British colony in the 1940s from mainland China.

"If you talk about one man one vote, we had it, China had given it to us," he continued.

The Beijing-backed proposal which sparked 2014's "Umbrella Movement" promised a public vote for the city's leader in 2017, but said candidates must be vetted.

It was dismissed as "fake democracy" by opponents and was voted down in 2015.

CK Hutchison Holdings controls assets in telecoms, utilities, ports and other industries in over 50 countries.

In early 2015 Li announced a sweeping reorganisation of his businesses, saying he wanted to secure stability in future.

When asked Wednesday about a succession, Li said "there is no problem" without indicating whether he will retire.