Two Hong Kong parents who burned their 11-year-old son with a lighter, hit him with a hammer, and made him kneel on bottle caps overnight as punishment for stealing HK$4,000 (S$705) from them were spared jail on Tuesday.

Instead the pair were given 12-months probation by Acting Principal Magistrate Ada Yim Shun-yee at West Kowloon Magistrate Court, and warned they would be sent to prison if they reoffended in that time.

The child's grandmother, who told the boy to kneel on the caps, was given a conditional discharge and ordered to be held on a HK$2,000 bond, on condition she does not commit any violent offences over the next year.

The three adults, who expressed remorse and who cannot be named to protect the identity of the victim, punished him at a public housing estate in Kwai Chung in February, after he admitted taking the money to buy game cards.

The 83-year-old grandmother told the child to kneel on two bottle caps, and to think about what he had done.

When the boy's 51-year-old unemployed father discovered his son was not properly kneeling on the caps, he took a lighter and burned the 11-year-old on the leg. 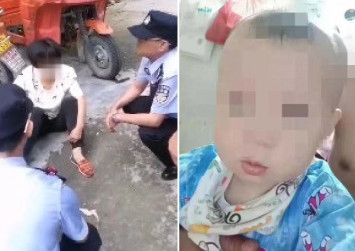 The boy's mother, a 35-year-old care worker, returned home and after learning about what he had done, hit him twice on the right knee with a hammer while he was still kneeling down. His parents kept him kneeling overnight.

He eventually told his school's social worker about the incident on March 5, and was admitted to Caritas Medical Centre in Cheung Sha Wan the same day.

The boy had bruises on his cheek and right forearm, as well as scratches on his right palm and both knees. Some of his injuries had healed by the time he was examined by hospital staff.

All three adults admitted to abusing the child after their arrest on April 4, and said they had only wanted to teach him a lesson.

Yim accepted the recommendation made by the probation officer and sentenced the parents to a 12-month probation order.

"Taking the facts of the case and relevant considerations into account, the court is of the view that a probation order is appropriate," Yim said.

She warned them any criminal offences committed within the next 12 months would mean immediate imprisonment.