Legislative Council security guards tackle Raymond Chan after he left his seat during the debate on the national anthem law.

Hong Kong's legislature passed the national anthem bill by an overwhelming majority on Thursday after a lawmaker disrupted proceedings by releasing foul-smelling liquid in the chamber.

The bill outlawing insults to March of the Volunteers was approved in the Legislative Council by 41 votes to one.

Earlier in the afternoon, pan-democrats Eddie Chu Hoi-dick and Raymond Chan Chi-chuen rushed out from their seats, and Chu emptied the bottle of brown-coloured liquid, forcing a suspension of the debate.

House Committee chairwoman Starry Lee Wai-king, who was presiding over the meeting, ordered the pair to leave the chamber, and they were forcibly removed by security guards.

Chu said his action was to protest against the national anthem bill, as well as to remember the 31st anniversary of the Tiananmen Square crackdown in 1989.

"We should never forgive the Communist Party that killed its own people 31 years ago without holding anyone accountable. Such a shameful regime stinks forever," he said.

Chu added that the action also symbolised that Hongkongers could not allow Beijing to control the legislature by forcing through the passage of the contentious bill.

While the meeting was suspended, policemen and firefighters were called in separately by the Legco secretariat to conduct an investigation in the chamber.

Wong Ting-kwong, of the Democratic Alliance for the Betterment and Progress of Hong Kong, said: "The opposition camp was uncivilised and ridiculous. Those chemicals could have again caused allergic reactions in anyone in the chamber."

Under the bill, anyone found guilty of misusing or insulting the national anthem could be fined up to HK$50,000 (S$9,000) and jailed for three years.

Before the meeting was suspended, pro-establishment lawmakers voted down 21 amendments put forward by the opposition to reduce or eliminate the criminal liability of offenders. 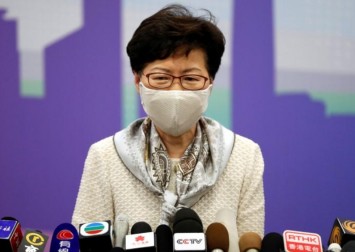 Meanwhile, the city's annual Tiananmen vigil, organised by the Hong Kong Alliance in Support of Patriotic Democratic Movements of China, has been banned for the first time in 30 years.

While officials say it is because of the threat posed by Covid-19, organisers claim political suppression has played a role, and say some of their members still plan to go to Victoria Park in groups of eight - the limit for public gatherings for at least two more weeks under coronavirus-related restrictions.

Democratic Party lawmaker Andrew Wan Siu-kin, a standing committee member of the alliance, said he had noticed that more metal fences had been installed around the park's football pitches.

The pitches have been closed since late March because of social-distancing measures.

Wan said the additional fences were a form of political suppression.

"The Leisure and Cultural Services Department is suppressing any room for the vigil to be continued to be held … but we will not back down, the government's suppression will not succeed as people will still light up candles across the city," he said. 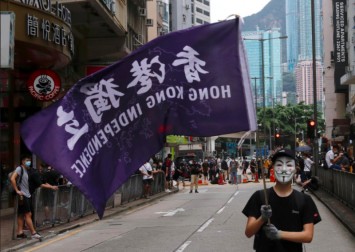 Wan said the alliance's core members would still go to the park on Thursday night to commemorate the anniversary.

Dozens of booths would also be set up across the city to give out candles, so residents could pay tribute to the victims of the crackdown.

Asked why the department had installed more fences around the pitches, a spokesman said they had learned from the media that the alliance's members might enter the park on Thursday evening.

"Members of the public should not enter the football pitches and basketball courts of the park, as they are still closed in view of the latest situation of the coronavirus epidemic," the spokesman said.

Pro-establishment lawmaker Ann Chiang Lai-wan said it was reasonable to fence off the pitches.

"We should respect the government's intention to prevent gatherings that pose public health risks," she said.