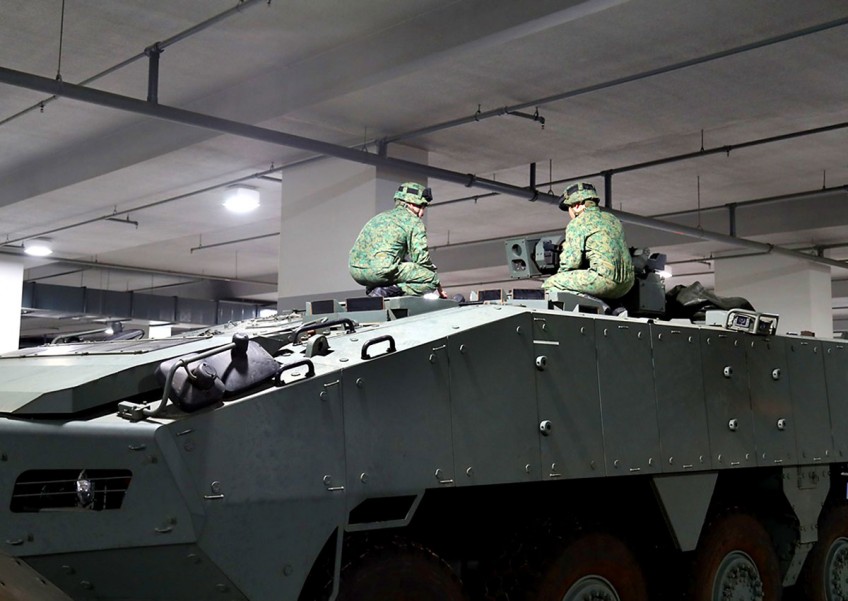 Personnel from the Singapore Armed Forces beginning their inspection of the nine Terrex vehicles that were returned on 30 January 2017, more than two months after they were seized by Hong Kong Customs. The Ministry of Defence said it had started thorough post-training administration for the infantry carrier vehicles and other equipment.
MINDEF

Hong Kong authorities have launched a prosecution against the captain of the ship and shipping agent involved in transporting nine Singaporean armoured vehicles seized in the city last November.

Hong Kong customs officers seized the Terrex troop carriers as they were being shipped home from military exercises in Taiwan.

Master Pan Xuejun, 39, appeared in court on Friday charged with one count of importing strategic commodities without a necessary licence, the South China Morning reported.

The shipping company, APL, was also summoned and will appear in court at a later date, the paper reported.

Pan was released on bail without entering a plea. He is due to reappear in court on May 19.

Read also: A new chapter for Singapore-Sino ties in the new year

Hong Kong Customs and Excise officials confirmed that they launched prosecution cases against the shipping agent and the ship's master on Wednesday. "After a thorough investigation, the Customs and Excise Department has sufficient evidence to prove a case in breach of the strategic control system," a Customs statement said.

Hong Kong returned the carriers to Singapore on January 24, with officials saying that the Singapore government would not be criminally prosecuted.