Hong Kong researchers have already developed a vaccine for the deadly Wuhan coronavirus - but need time to test it, according to infectious diseases expert Professor Yuen Kwok-yung.

Scientists in mainland China and the United States were also separately racing to produce a vaccine for the new coronavirus, which has killed more than 100 people and infected thousands.

Yuen, chair of infectious diseases at the University of Hong Kong, revealed that his team was working on the vaccine and had isolated the previously unknown virus from the city's first imported case.

"We have already produced the vaccine, but it will take a long time to test on animals," Yuen said, without giving a specific time frame on when it would be ready for patients.

But he said it would take months to test the vaccine on animals and at least another year to conduct clinical trials on humans before it was fit for use.

HKU researchers based it on a nasal spray influenza vaccine previously invented by Yuen's team.

Researchers modified the flu vaccine with part of the surface antigen of the coronavirus, meaning it could prevent influenza viruses as well as the new coronavirus, which causes pneumonia.

The vaccine, if successfully tested, could be the answer to a disease that has infected more than 4,600 people globally and killed over 100 on the mainland, mostly in Wuhan, centre of the outbreak.

Hong Kong had so far seen eight confirmed cases. From noon on Monday to noon on Tuesday, 78 more people were reported as suspected cases. Currently, 103 people are in isolation in public hospitals.

Although mainland media quoted Chinese infectious diseases expert Li Lanjuan on Monday as saying a vaccine targeting the coronavirus was being developed and could be made in around a month at the earliest, Yuen expressed doubts.

He said the one being developed on the mainland is likely to be an inactivated virus vaccine, which consists of a virus grown in a culture that has had its infectivity destroyed by chemicals or radiation.

To test the vaccine, it will have to be injected into an animal to see if it produces a good immune response, Yuen said. The vaccinated animal would then be exposed to the virus to see if is protected. 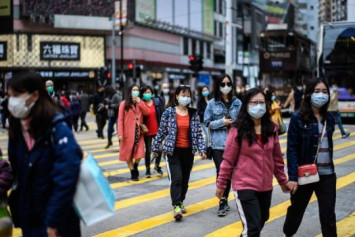 "If the vaccine appears effective and safe in a number of animal species, it will go into clinical trials on humans. This takes at least one year even if expedited," Yuen said.

He was also concerned that the approach taken by the mainland side to develop a vaccine would lead to a major complication, in which people who were vaccinated might develop a more severe disease if exposed to the virus. He said such a reaction for coronavirus had been recorded in reports.

Meanwhile, Xinhua reported that Shanghai East Hospital of Tongji University had urgently approved a project for the development of a vaccine targeting the novel virus.

The vaccine would be co-developed by the hospital and Stemirna Therapeutics, a Shanghai-based biotechnology company.

Company CEO Li Hangwen said no more than 40 days would be needed to manufacture vaccine samples, which would then be sent for tests and brought to clinics "as soon as possible".