Chief Executive Carrie Lam says the decision to freeze pay was taken to show that officials stand with the people amid the coronavirus pandemic and recession.

In a media briefing before the weekly meeting of her cabinet, the Executive Council, Lam said the decision was taken to show that officials wanted to stand with the people amid the coronavirus pandemic and recession.

“We want to be united with the whole society as we get through the difficulties – that’s why we are also rolling out various measures to protect employment and create jobs,” she said.

Lam’s decision came a week after the Executive Council decided that Hong Kong’s 180,000 civil servants would have their pay frozen this financial year.

Lam said on Tuesday she hoped civil servants would accept the decision.

“I appeal to civil servants to be understanding, as society wants us to stand with them amid difficulties,” she said.

“I can also announce that all political appointees, including myself, the secretaries, undersecretaries and political assistants, will not have our pay increased this year.” 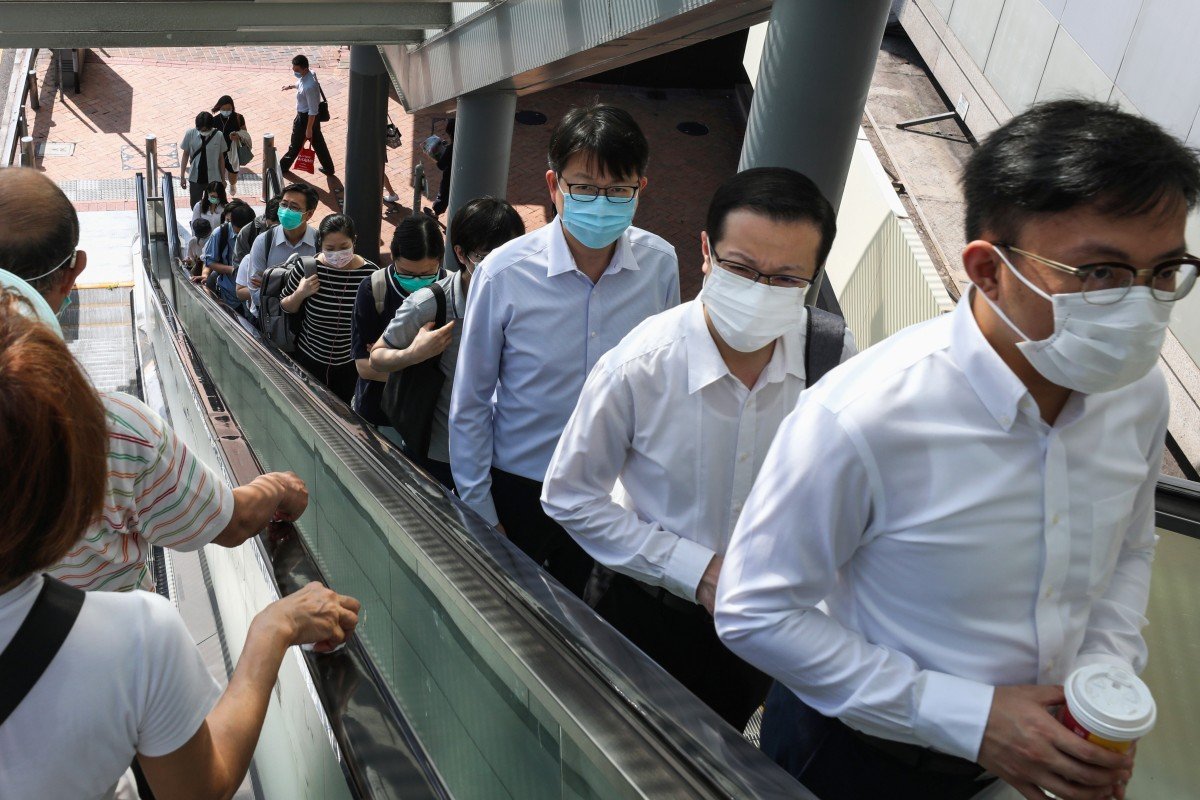 Civil servants returning to office in Admiralty on May 4 after closures due to Covid-19. PHOTO: Nora Tam

Lam explained that as per an established mechanism, their pay would have been adjusted automatically on July 1 according to the inflation rate.

“According to the mechanism, our pay should be increased by 2 per cent this year, but it will not happen,” she said.

Under mounting pressure from lawmakers and the public, Lam announced in April that her pay, and also those of her ministers, would be cut by 10 per cent.

Non-official members of the Executive Council would also have their pay frozen, Lam said.