A handout photo. The incident occurred on a section of Castle Peak Road near Yuen Long.

A Hongkonger has denied he planned to eat a dog after being caught removing the dead animal’s innards by the side of the road.

The 67-year-old man was arrested on Thursday for animal cruelty after the incident close to Mai Po Lung Tsuen, a village near Yuen Long.

Police were called after a female motorist spotted the man dragging the carcass from the middle of Castle Peak Road at around 7.20am on Wednesday.

The woman tried to stop the man, who she said had put the entrails in a plastic bag, and offered him HK$100 (S$18) to stop what he was doing. 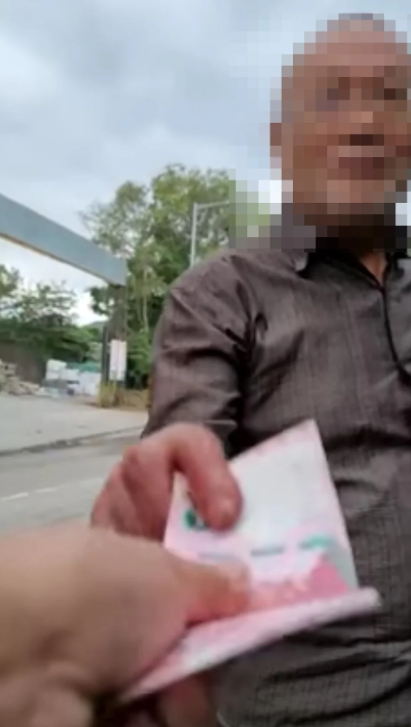 The female motorist offered the man HK$100 (S$18) to stop what he was doing. PHOTO: Facebook

According to a Facebook video of the incident, the man agreed to not eat the dog, and took the money. However, he then picked up the bag and walked towards the village.

ALSO READ: China's Shenzhen bans the eating of cats and dogs after coronavirus

The woman gave chase and said she would call the police, prompting the man to put the bag down and leave.

A police spokesman said officers arrested the man in the village the next day, where he said he was just handling the carcass and had no intention of eating any parts of the animal.

Eating dogs or cats in Hong Kong carries a maximum penalty of a HK$5,000 fine and six months in prison.