Protesters show the three-finger salute during an anti-government march from Democracy Monument to Government House, in Bangkok, Thailand, on July 18, 2021.

As a diplomat whose career spanned decades, retired Thai ambassador Russ Jalichandra knows all about the need for subtlety and nuance when it comes to making statements about other nations’ affairs.

And during that long career he can recall no other statement from China quite as forthright or confrontational towards the Thai people as the one its embassy issued on September 3.

The statement said people and organisations in Thailand had “devalued and smeared the Chinese [coronavirus] vaccine for no reason”, accusing them of a “malicious slander without respect to [science]” and of “an act that destroys China’s good will in its support of the Thai people in their fight against the pandemic”.

To a diplomat like Russ, such language seemed unlikely to win many friends or influence people. “This might make Thais more angry,” Russ said, adding that “It might have been better [for the embassy] not to have said anything” – especially given the Thai government was still purchasing Chinese vaccines.

Still, while the statement raised eyebrows among the Thai political class, the logic of Beijing’s position was not hard to fathom. As popular anger in Thailand continues to grow against the army-backed government of Prayuth Chan-ocha, an opposition that once concentrated its efforts on demanding political reform and an overhaul of the monarchy is increasingly turning its guns on the administration’s poor handling of the pandemic. And Chinese vaccines, on which Thailand has largely relied, have been caught in the crossfire.

The embassy’s post came just as Prayuth found himself defending against a no-confidence motion in parliament called in response to his pandemic performance.

Dominating that debate was the government’s decision to back the Chinese-developed Sinovac shot and the troubled roll out of the vaccine since doubts emerged over its efficacy against the Delta variant.

Thailand approved the use of the Sinovac shot in February, shortly before its virus numbers began to skyrocket as part of a Delta-fuelled third wave. Since April, Thailand has witnessed more than 1.2 million infections, compared to fewer than 7,000 cases throughout 2020.

The severity of the third wave has prompted much criticism of the Prayuth government for failing to source enough vaccines, which left it reliant on Sinovac at the peak of infections during July and August. (Thailand had considered asking AstraZeneca to withhold the export of its locally manufactured shots. The company said this month that it had delivered 16.6 million doses to Thailand, as part of an aim to deliver 61 million before the end of this year).

Critics say this lack of planning regarding vaccine purchases cost both lives – Thailand has recorded a little over 13,000 fatalities – and money, as virus-related lockdowns continue to drag on economic growth. The Thai economy registered a 6.1 per cent fall in GDP in 2020, while the National Economic and Social Development Council recently cut its growth forecast for this year to between 0.7 and 1.2 per cent.

The big hit to Sinovac’s reputation came in July when, in response to increasing infections among double-jabbed medical workers, the government said people given the vaccine would require a “booster” third dose. Its reputation was further undermined when the government decided the general population would no longer receive two doses of Sinovac, but one shot of Sinovac followed by a second shot of the AstraZeneca vaccine.

At the same time, the Prayuth administration has been criticised for a slow vaccine roll-out. As of September 6, only a third of Thailand’s population of 70 million had received one shot of a vaccine, and just 11 per cent were fully inoculated.

Critics blame much of this delay on Prayuth’s reliance on the Chinese shot. As of August, Thailand had approved the purchase of 31.1 million Sinovac doses. Yet so far, only 13.4 million of those doses have arrived, in addition to 1 million doses donated by China.

He has also said Thailand plans to buy at least 200 million doses of Covid-19 vaccines for use next year as booster shots. On Tuesday, government spokesman Thanakorn Wangboonkongchana said Thailand was buying 12 million more Sinovac vaccine doses to support its mix-and-match vaccination plan. He said the jabs could be delivered this month or in October.

Prayuth, who took charge after a coup in 2014 and has since become prime minister, scraped through last week’s no-confidence vote by 264 votes to 208, but is far from in the clear. Protests that began last year based on the demands of a young generation seeking reform of the monarchy are snowballing into a more broad-based anti-government movement.

The youth leaders of those protests have now been replaced by the former pro-democracy redshirt leaders Nattawut Saikua and Sombat Boonngamanong, who have vowed to organise demonstrations in central Bangkok every day until Prayuth steps down.

The rhetoric “Prayuth trades in death”, a reference to the government’s failure in battling the pandemic, resounds in the anti-government camp online, in the parliament and the street.

Much like the division on the streets, the Chinese embassy’s statement has received a mixed response from Thais.

As the former ambassador Russ predicted, it has provoked a fair amount of anger.

One Facebook user named Taksin questioned why China was “speeding up the development of [its own] mRNA vaccine if it already has the vaccines that work as well as claimed”, while another user asked “Does China still see Thailand as a friend when it sells vaccines with low efficacy to us at a high price? If you support Thai politicians and their corruption, you play a part in hurting all Thais.”

A more measured criticism came from Viroj Na Ranong, a researcher from the Thailand Development Research Institute – an organisation that has questioned the government’s continued purchase of Sinovac when it already has on order other vaccines with higher efficacy rates.

Viroj described the embassy’s statement as “unusual”. “I am not sure from what level of the Chinese government the embassy statement came, but it was inappropriate for one country to do this with another country,” Viroj said.

However, there has also been sympathy for China’s position, including from Nitipong Honark, a Thai musician who posted in response: “Apologies that some Thais are like this. It is shameful.” 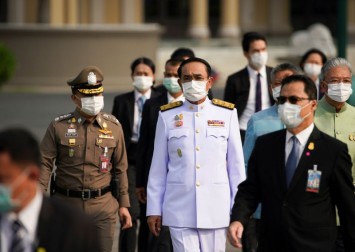 Then, predictably, there is Prayuth, who has done his best to quell criticisms of Beijing.

“The devaluing of a vaccine is a sensitive issue. To say anything that is not a fact might make newspaper headlines in the country that produces the vaccine and might affect international relations,” Prayuth warned.

High-level Thai officials Foreign Minister Don Pramudwinai and others in the health ministry have fallen in behind Prayuth.

A day after the embassy’s post, the health ministry’s Facebook account quoted a high-level official saying that Sinovac was being bought at a 50 per cent discount on the original price of US$17.

As Viroj, the researcher pointed out, if Thailand wanted to maintain relations with China it was not surprising if Thai officials felt they had to “care about China’s feelings”.

An attack on Prayuth, not China

While the embassy’s statement may have disgruntled some Thais, commentators stressed that criticisms of the country’s reliance on Sinovac were aimed at Prayuth and his increasingly unpopular administration – not at Beijing.

“The public opinion [on the Sinovac vaccine] is not an attack against China,” said Sitthiphon Kruarattikan, a China studies scholar and an associate professor at Thammasat University’s College of Interdisciplinary Studies.

“It is an attack on the Prayuth government and questions the transparency of the vaccine deal.”

Sitthiphon said the embassy statement was a surprise since “the Sinovac vaccine is a product of a private firm” and not the government. However, he said this was not the first time the embassy had issued a statement concerning Thai public opinion.

In light of its more recent statement on Sinovac, it would seem, said Sitthiphon, that China felt Thai public opinion was being controlled by “a mysterious hand”.

He warned that “Thai officials defending the Chinese vaccine would only add to the public doubts about corruption allegations” and that “the Prayuth government’s effort to keep ties with China might not work in favour of Thailand’s national interests”.

Pongphisoot Busbarat, an assistant professor at Chulalongkorn University’s international relations department, suggested China had been stung into action as Beijing’s image had been hurt by the Prayuth administration’s “poor management of the Covid-19 situation”.

“The adoption of Chinese vaccines by the Thai government, especially Sinovac, in many ways, can be seen as a diplomatic tool to maintain Sino-Thai relations,” Pongphisoot said. 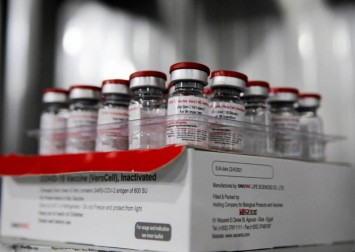 “Therefore, it is not a surprise that China was offended over the accusation of the ineffectiveness of Sinovac. It damaged China’s image vis-à-vis the US in the vaccine diplomatic battle.”

Pongphisoot said that the turning point for public opinion was the Delta variant and the government’s failure to diversify vaccines, which came in stark contrast to other Asian economies including South Korea and Taiwan that “reached out to the United States to talk about vaccine donation”.

“Later on, more evidence supported the claim that the government may have ignored other options to secure more effective vaccines for Thailand.

''The public suspected that senior government officials might have had a vested interest in the supply of [Sinovac] due to their connection with a Thai conglomerate related to Sinovac in China. Therefore, the lack of transparency in vaccine management and continuing purchase of [Sinovac] helped substantiate corruption allegations in this vaccine saga.”

Whether criticisms of Sinovac were valid or not, Pongphisoot said Thailand should get used to China asserting itself.

Despite the formal defence treaty alliance between the US and Thailand, Washington saw the country as “peripheral” in its regional power struggle with China, Pongphisoot said.

This was because Thailand had no territorial disputes with China and because Prayuth’s regime had shown signs of leaning towards China for support since the 2014 coup. Pongphisoot noted that Thailand had even “endorsed” the coup in neighbouring Myanmar, further undermining US confidence that it had the country’s support.

He warned that Thai policy elites would find it hard to continue not choosing sides between the US and China in the “current context of intense strategic competition”, which in turn would mean Thailand might need to reassess its approach to China and accept a more assertive Beijing.

“I think many policymakers in many parts of the developing world, including Thailand, may have a picture of a China that since Deng Xiaoping had been accommodating and compromising. That was when China wanted to keep a low profile while expanding goodwill and friendship across the world to benefit its economic reform and development. We will not see that kind of China any more.”