A man rides a tricycle past an advertising poster for luxury apartments in Beijing in July 2016. Unlike in the West, the pandemic has accentuated the appeal of urban living in Asia, a crucial driver of the region’s economic growth.

South Korea last week reported its highest number of daily new Covid-19 cases since the pandemic erupted, as the nation struggles to contain a surge in infections that has forced the government to put the capital Seoul and surrounding areas under partial lockdown.

In Australia – another country that won international praise last year for suppressing the virus – half the population is back in lockdown as the state of Victoria joined New South Wales in ordering residents to remain within a short distance of their homes.

More worryingly, the Summer Olympic Games, which kicked off in Tokyo last Friday, threaten to become a superspreader event just as Japan – which is already experiencing the weakest recovery among the main developed economies – is on the brink of a fifth wave of infections.

Across the Asia-Pacific region, the combination of the rapid spread of the Delta variant and worryingly low vaccination rates in most countries poses an acute threat to the region’s economic rebound.

Yet, when it comes to the luxury residential sector, the pandemic has turbocharged a market that had already registered some of the sharpest annual price increases globally before the virus struck. 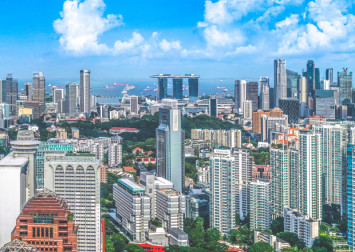 Prices in the luxury segment – defined as the top 5 per cent of the residential market in value terms – are expected to increase 10 per cent year on year, compared with rises of 4 per cent in New York and 2 per cent in London.

Australia’s housing market – both the luxury and mainstream segments – is on fire. In the first quarter, prime residential sales volumes in major cities enjoyed their strongest growth on record.

While capital values in Sydney are surging, prime prices are growing at an even faster clip in Perth, Brisbane and the Gold Coast, data from Knight Frank shows.

Several factors are at work, including the economic response to the pandemic, which has inflated asset values and encouraged the wealthy to park their money in property. Ultra-loose financial conditions, virus-induced changes in the way people live, work and play, and the search for safe havens are also driving prices higher.

However, a dominant theme across the Asia-Pacific region has been the surprisingly strong role of domestic buyers in the segment of the housing market most reliant on foreign inflows. Lockdowns and travel restrictions have revealed the strength of local demand, which stepped in to the fill the gap left by cross-border transactions.

This is one reason markets with deep pools of domestic capital – in particular Tier 1 cities in mainland China and Seoul – have experienced the sharpest growth in high-end residential prices globally during the pandemic.

Not only has the virus forced local buyers to focus on their home markets, it has prompted a reassessment of the purpose, design and attributes of luxury homes.

Victoria Garrett, head of residential for Asia-Pacific at Knight Frank in Singapore, said prime markets in the region benefit from a more “captive audience”, with many buyers – both locals and foreigners who applied for residency – purchasing “co-primaries”, or second homes whose design specifications and technological features match those of their main residence.

However, unlike in North America and Europe where the pandemic has caused a shift in demand away from densely populated cities towards suburban and more rural locations, luxury residential markets in Asia’s big urban centres have proved remarkably resilient.

While some of the fastest growth rates in high-end home prices in Western economies last year were in coastal and resort locations – in particular San Diego, Aspen and Zurich – Asia’s large cities dominated the rankings, with Shenzen, Seoul and Manila occupying three of the top five spots, data from Knight Frank shows.

Read Also
Why are Singapore property prices returning to pre-Covid-19 levels so quickly? 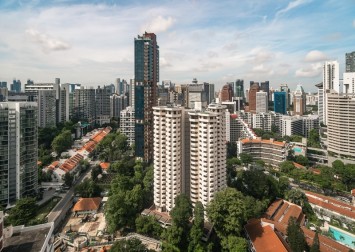 Although there is intense debate in the West about the future of big cities in the post-pandemic world, the virus has accentuated the appeal of urban living in Asia, a crucial driver of the region’s economic growth.

Instead of decamping to suburbs and commuter towns to have more space and privacy, well-heeled Asian buyers have upsized within metropolitan areas by buying larger apartments and houses in more secluded locations.

Still, while the attractiveness of metropolitan living in Asia – which is bolstered by a more favourable outlook for city-centre offices than in Western markets – remains undimmed, the scarcity of prime residential assets has become more pronounced since the pandemic unleashed a new wave of domestic demand.

The acute supply constraints are helping drive prices higher, increasing the risk of more forceful action on the part of governments to take the heat out of housing markets. Garrett said that once movement between countries resumes, facilitating cross-border purchases, political pressure to rein in runaway prices could intensify.

The pandemic has catalysed powerful trends – the rapid growth in high-net-worth wealth (particularly in mainland China), increasing private investment in higher-yielding real estate and a lack of available stock – that underpin Asia’s luxury residential markets. While price growth is bound to slow at some point, demand is proving insatiable.