How the pandemic brought Asian children to breaking point

The Covid-19 pandemic has left a trial of shattered lives across Asia.

When a schoolgirl in Singapore climbed onto rail tracks in August, tragedy was only avoided after trains were halted and the police called in to escort her away.

Another teen in Tokyo was not so fortunate, when in May she stepped in front of a JR Yokohama Line train. The driver saw her and hit the brakes, but it was too late. She was 16.

Police said the 16-year-old had a suicide note in her bag. Her death is now recorded among the hundreds of child suicides to have happened in Japan since the pandemic began.

Almost two years on, the Covid-19 pandemic has left a trial of shattered lives across Asia.

From small business owners who lost livelihoods, to elderly residents isolated by lockdowns and the increased use of tech in their daily lives. But mental health advocates worry about another group whose plight has been less reported on: Under-18s.

Across Asia, youth suicide rates have risen amid the pandemic, which saw classes move online, isolating young people from their friends as their parents battled their own stresses.

Japan recorded 499 child suicides last year, according to the Ministry of Health, Labour and Welfare, which tracks the figure for children aged seven to 18.

In Singapore, the suicide rate among those aged 10-19 increased from four per 100,000 in 2019 to 5.5 per 100,000 last year. Valerie Lim, who runs Child Bereavement Support Singapore, has likewise seen an increase in the number of parents contacting her organisation after their child took their own lives.

In Malaysia, one in four of the 266 suicides recorded between mid-March last year - when lockdown started - and that October involved teenagers aged between 15 and 18. 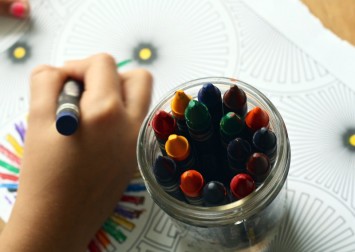 Statistics on youth suicides in Indonesia during the pandemic are not available, but a survey of almost 2,400 young people aged 18 to 24 in May and June of this year found that about half of them had recently thought about hurting themselves or that they would be better off dead.

And the numbers could yet worsen, warned Dr Varoth Chotpitayasunondh, director of the International Mental Health Centre under Thailand's Mental Health Department, as current figures represent "the short-term effects from the pandemic on young people" but "in the long-term, we're facing the unknown and we must prepare for it," he said.

Experts and activists also caution that mere statistics do not show the whole picture. First, they are only a tally of deaths, rather than suicide attempts. The World Health Organisation estimates there are more than 20 attempts for each death by suicide.

Second, not all suicides are recorded as such. Chotpitayasunondh said a person who threw themselves into a river in Thailand would have drowning recorded as their cause of death; while Doreen Kho, a mother in Singapore whose son took his own life in November 2017, said "multiple injuries" were given as the cause on his death certificate.

Young people have often struggled more than adults to adjust to pandemic life, according to mental health experts.

Dr Lim Boon Leng, a psychiatrist in Singapore, told This Week in Asia that the pandemic had not only made schooling - and sometimes home life - more difficult and stressful, but social distancing measures also cut young people off from their support networks of friends and social activities.

Lim said young people tend to be more impulsive than adults and were more likely to misconstrue messages, look at things negatively, jump to conclusions and get into conflicts with friends and family - issues the pandemic has only exacerbated.

Nationwide exams most Singaporeans take at ages 16 and 18 were a major source of anxiety for his younger patients, Lim said, while those of university age had been "quite devastated" at having their dreams of studying overseas dashed or replaced with online classes.

"I think it is also a very crucial period of time in their lives when they build support networks and make friends that last for the rest of their lives and this is very lacking," he said.

Vickie Skorji, director of the Tokyo-based TELL Lifeline and counselling service, said the young people her organisation works with worry about school, families, friends, the environment and even climate change. 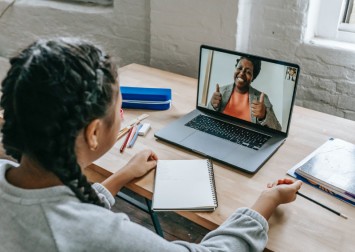 "They ask whether their lives are going to be as good as those of their parents - and too often the conclusion that they are reaching is 'no'," she said.

When schools closed in Japan between March and May last year, isolating young people at home, the authorities reported a surge in domestic violence cases and child abuse - with 2,133 child abuse cases recorded in 2020, up 8.2 per cent from the previous year.

Skorji said TELL Lifeline dealt with a "record number" of cases this year and their counselling support service has not been able to keep up. She said the organisation had been getting more calls lately from young people - including those in their early teens - who expressed anxiety, worsening depression and suicidal thoughts.

In Thailand, a Unicef-led survey found seven in every 10 children and young people had mental health problems caused by the pandemic last year, troubled by uncertainties over their families' finances, as well as fears for their education and future.

For the country's poorest children, who have no internet access, switching to remote learning during the pandemic proved impossible - stunting their education, even as those who could log on spoke of dreary rote learning and a lack of engagement.

Meanwhile, an unprecedented wave of political awakening has drawn students as young as 12 to mass protests against the military-aligned government of former junta chief Prayuth Chan-ocha, which began early last year, where they have faced tear gas, water cannon - and some no older than 15 have been charged in court.

"Our society is making people lose all hope for their future," said Nattamon Supornvate, 22, a university student who founded youth support group Voice from Friends.

"People can't see how the quality of their lives can get better as long as they live under this same system. A lot of my friends are very unmotivated. They don't know what to live for.

"We're tired of what's happening in our country, our government and in our education," she said, describing the lack of motivation as like a "passive death wish".

Lim, the Singapore psychiatrist, said young people lack the "wisdom to accept things as they are. So for them, it is particularly frustrating the way the pandemic has panned out."

Doreen Kho finds it difficult to parent her three other children since she lost one son to suicide. The 47-year-old Singaporean said she no longer knows if she should admonish them, as she worries about the trauma that her words might cause.

"Imagine if the kids do something wrong and you cannot scold them because you're so afraid they will walk out and never come back again," she said.

Evan Low, Kho's son, was 11-years-old when he took his own life in November 2017. He had been diagnosed with depression earlier in the year and was prescribed medication two months before his death, after he had written an essay about jumping off a building.

Kho said her youngest child, now age eight, sometimes comes home crying, saying she misses her brother. The eldest daughter, aged 13, worries that Evan would still be alive today if she had not kept secret an earlier suicide attempt of his.

Kho herself is wracked with guilt and sadness, and often that caring for her other children is all that keeps her going.

Some days the pain eases, but then "all the thoughts come back and it starts all over again, you go back to ground zero," she said. "I feel so guilty, doing something that makes me feel better when I should be grieving for my child."

Her experience led Kho - who is retired from a career running retail stores selling Korean beauty products - to join the PleaseStay Movement, a youth suicide prevention and support group in Singapore.

Likening her son's depression to "a disease", she shared the advice she would give him now, if she could: "If you had given yourself the chance, you'd have realised, 10 years from now, that it's not a big issue. You never gave yourself the chance to live through all the obstacles in your life. [Because] when you look back, these obstacles are nothing."

"Unfortunately, the pain doesn't disappear. It just passes down to [others]," she said. "Not just me and his father, but his siblings, relatives and friends."

For Kho, compulsory counselling in schools would help identify and treat mental health issues early and could, she said, "save a life right from the start".

Expecting young people to seek out help on their own is not enough, she said, as even adults often will not do this - pointing to how she had not wanted to get counselling even after her son took his own life. 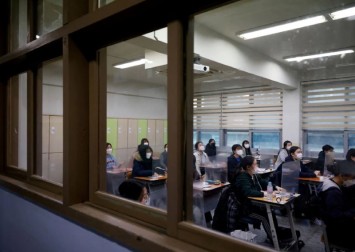 There is a need across Asia to "depart from our fathers' generation when children just had to shut up and listen," Kho said. "We need to start listening and acknowledging the feelings of our children, if not this cycle will never end."

Lim, the Singapore psychiatrist, said children should be taught how to manage their negative thoughts with methods such as mindfulness practices and relaxation techniques, which can help lessen anxiety and manage low moods.

Benny Prawira Siauw, founder of suicide prevention non-profit organisation Into The Light Indonesia, said it was also important to normalise the conversation about mental health and end "the stigma of suicide within our culture".

"Let us educate ourselves, educate each other and support each other genuinely, compassionately even in our darkest times," he said.

In places such as Thailand, more dedicated mental health professionals are required, as fewer than 900 are currently available to work with the country's children and adolescents - or about 8.54 per 100,000 children - according to the Department of Mental Health.

"If everyone were to realise today that they wanted to see a psychiatrist, they'd have a long wait before they could get help," said Amornthep Sachamuneewongse, founder and CEO of Sati App, a listening service in Thailand which receives more than 2,000 calls a month.

Jinda Chaipon of the Childline Thailand Foundation, which runs a 24-hour helpline for children under 18, said sometimes a sympathetic ear is all that is required.

"Children's worlds are very small … they just need their friends and families," Chaipon said. "It's not going to be the end of the world for adults to make time to hear them out."