How will 'emaciated' Kim Jong-un ride out a famine in North Korea? With China's help

North Korean leader Kim Jong-un speaks during a Workers’ Party meeting in Pyongyang in a photograph provided by North Korea on June 18.

With media reports suggesting that North Korea is struggling to navigate its way out of an impending famine, Kim Jong-un ’s message to President Xi Jinping on the 100th anniversary of the founding of the Chinese Communist Party is seen by analysts as a sign that strong ties with Beijing will help Pyongyang navigate any pandemic-induced food or economic crises.

Kim on Thursday (July 1) said he would push to further upgrade relations with Beijing, and raise bilateral friendship “to a new strategic point as required by the times and as desired by the peoples of the two countries”.

Days earlier, North Korean television showed footage of Kim looking thinner than in recent years, and even featured an unidentified resident of the country’s capital, Pyongyang, who said images of Kim had upset people across the nation.

Analysts said that while the country’s economic woes and food shortages were likely to continue, North Korea’s current situation was not as dire as the famine that struck in the late 1990s.

And with China expected to step in with further aid should the situation worsen, and given Pyongyang’s internal ability to deal with crises and external pressure, they said there was little likelihood of North Korea’s internal situation getting out of hand any time soon.

North Korea has maintained some of the world’s toughest antivirus measures since the start of the Covid-19 pandemic, including border shutdowns that are said to have devastated its already struggling economy.

Lee Seong-hyon, former director of the Centre for Chinese Studies at South Korea’s Sejong Institute, said the 18-month restrictions have turned out to be the “most biting self-imposed economic sanction”.

described the 18-month restrictions as the “worst self-imposed economic sanction ”.

Reports of sharp swings in currency and food prices, and even the unravelling of the country’s unofficial market trading system, have surfaced in recent months.

Tom Byrne, president and chief executive of the New York-based Korea Society, said the situation in North Korea was grim and policies were making it more severe.

Apart from the severe supply shortages worsened by border closures, Byrne said Kim’s fear of new entrepreneurs in the country had also forced Pyongyang to de-dollarise its economy, putting a stop to domestic trade and investment conducted in US dollars and the Chinese renminbi.

“Kim’s fear of inflation has meant there is no monetary stimulus,” he added. “And with no government debt market, Kim is perversely forced to run a harsh austerity policy when any normal country would do the complete opposite in such a historical crisis.”

Jonathan Corrado, director of policy at The Korea Society, said the recent volatility in food prices was due to bad weather and a lacklustre harvest.

Daily NK, a Seoul-headquartered online publication, last week reported that rice and corn were selling at sky-high prices. A kilogram of rice recently sold for 15,000 North Korean won (about US$16 at current rates, though these are rapidly fluctuating) in North Hamgyong province, near the Chinese border – more than three times the monthly earnings of over 90 per cent of North Koreans, according to a survey published last year by South Korea’s Seoul National University. 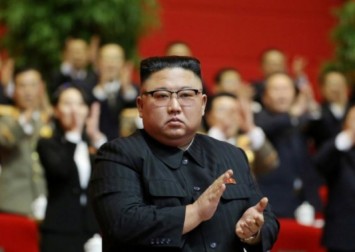 “The supply disruptions, which have trickled down from wholesalers to retailers, mean many families will undoubtedly have a hard time staying afloat these days,” Corrado said.

Ramon Pacheco Pardo, KF-VUB Korea Chair of the Institute for European Studies at the Free University of Brussels, said the internal situation in North Korea was likely to further deteriorate since there was no indication the country would reopen its borders any time soon.

People living outside Pyongyang were likely to suffer the most, he said, since they depended on markets that were now short on goods.

“Provinces receive little support from the government compared to the capital itself. This will further exacerbate the problems that people there are suffering,” Pacheco Pardo said, adding that the unravelling of domestic markets would be a major threat to stability given that most North Koreans depended on them for their livelihoods.

This also explained why Pyongyang is cracking down on foreign influences, he said, referring to a new law aimed at punishing anyone caught with foreign films, clothing or even using slang.

Three teenagers were last month sent to a re-education camp for cutting their hair in the style of K-pop idols and hemming their trousers above their ankles, according to a Daily NK report.

Despite North Korea’s earlier claims that it had zero Covid-19 cases, Kim on Tuesday warned of a “grave incident” linked to the pandemic, stoking fears of an outbreak in the country.

During an expanded meeting of the ruling Workers’ Party, Kim accused senior officials of incompetence in preventing the spread of the disease, according to state media, which did not elaborate on the nature of the incident. 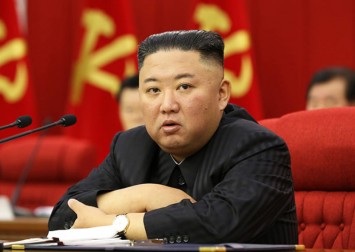 “Pyongyang is likely to resort to draconian quarantine measures that will restrict the movement of people, further damaging its economy,” Lee said, adding that this might undermine Kim’s legitimacy.

He noted that the leadership was so worried about the virus that it had not allowed Ji Jae-ryong, its former ambassador to China, to return to Pyongyang after he was replaced by Ri Ryong-nam in February.

However, Li Nan, an associate research fellow at the Chinese Academy of Social Sciences’ Institute of American Studies, said after decades of external sanctions and economic slowdowns, Pyongyang had ways of coping with crises, adding that it was expected to gradually liberalise the exchange of goods at the border when the pandemic eased.

As for the informal markets, Li said that while they might be currently “squeezed” by the state, “these highly mobile markets are expected to tenaciously survive in North Korean society”.

North Korea will suffer a food shortage of 858,000 tonnes this year, according to estimates by the United Nations Food and Agriculture Organization. The body added that if the gap was not met through imports and food aid, households could experience a harsh period between August and October.

But a famine was likely to be averted, Li said, as North Korea could increase its own agricultural production, turn to its strategic food reserves, and import from China and Russia.

Arguing that the difficulties were even expected to unify the country, Li said that “when North Korean people see Kim’s obviously thin body, it is easier to arouse and strengthen its internal unity and leadership”.

Nah Liang Tuang, a research fellow at Singapore’s S. Rajaratnam School of International Studies, said North Korea’s current situation appeared to be less severe than the 1994-1998 famine during which many hundreds of thousands died.

Known in the country as the “Arduous March”, the famine was caused by economic mismanagement, the loss of support from the then Soviet Union, and a series of floods and droughts.

Nah said Beijing, as North Korea’s main supporter and patron, had kept Pyongyang “on life support” with refined and unrefined petroleum, and was likely to step in with food and medical aid before the situation truly turned dire.

“A failed state on its borders is not in Beijing’s interest,” he added. 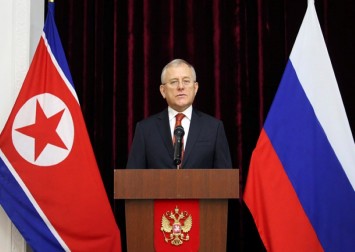 Noting that North Korea had “firmly sided” with China in the latter’s ongoing rivalry with the US, Li from the Chinese Academy of Social Sciences said Beijing’s economic assistance to Pyongyang last year mainly came in the form of chemical fertiliser and oil exports.

“Once Pyongyang opens its doors, Beijing will increase economic and humanitarian assistance to North Korea that involves people’s livelihoods,” he said. “In the face of increasingly fierce Sino-US competition and cooperation, China has been trying to prevent the peninsula from falling into the quagmire of a new cold war.”

Over the past two years, ties between the world’s two largest economies have declined precipitously as they sparred over tariffs and trade, technological dominance, claims of Chinese threats to US interests and the origins of the coronavirus pandemic.

Washington and Beijing have also clashed over the latter’s territorial claims in the South China Sea, its tightening of controls in Hong Kong and claims of genocide in China’s Xinjiang province.

Turning to Kim’s health, a topic that has made international headlines over the past year, Li said the speculation was mainly due to an insufficient knowledge of North Korea and the West’s inclination to use “ideology as a tool of interpretation”.

“North Korea has a stable political decision-making system and a relatively sound bureaucracy, which will not cause policy interruptions or major changes due to emergencies,” Li said, adding that this could be seen when its two former leaders – Kim Il-sung and Kim Jong-il – died in 1994 and 2011 respectively. 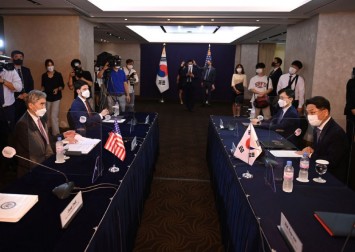 “The foreign media’s renewed focus on Kim’s health and the country’s economic difficulties is aimed at increasing sanctions against Pyongyang, and maintaining their long-held ‘North Korea collapse’ theory,” Li said, referring to predictions the nation would collapse due to the sanctions, military adventurism, a loss of control over its nuclear weapons or internal divisions.

Questions were raised over Kim’s health last year after he missed the celebration of his grandfather’s birthday in April. US intelligence even suggested that the North Korean leader was in critical condition after surgery, with other reports suggesting that he had undergone a cardiovascular procedure due to his excessive smoking and obesity.

Lee, formerly of the Sejong Institute, said it was too early to speculate about Kim’s health, as it was possible that the leader was starting to tackle his obesity now that he was into his late 30s.

Kim, who is believed to have been born in 1984, was said to have weighed more than 140kg a few months ago.

“Unattended, it would become a time bomb for his health,” Lee said. “So he appears to be taking his health more seriously by reducing weight.”