Human or not? Mysterious figure caught on camera in Aceh sparks internet frenzy 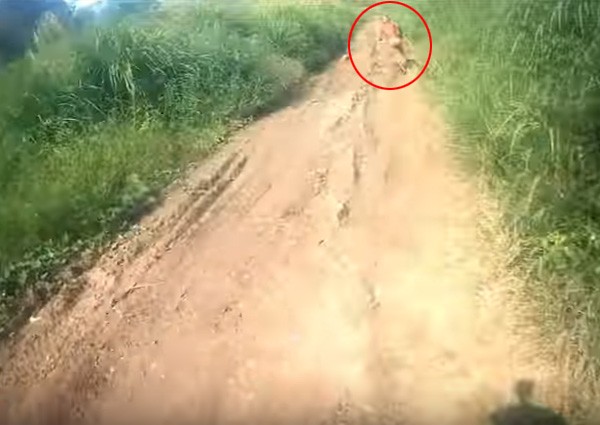 A Banda Aceh-based motor trail community was touring inside a local forest in Indonesia's westernmost province when the rider in the lead suddenly fell off his bike due to something on the trail in front of him.

He was shocked by the appearance of a human-like figure suddenly coming out from the woods carrying a wooden stick.

In the video, the mysterious figure looked like a human being but shorter in size, tribunnews.com reported.

The bald-topless figure stopped for a while before running off really fast, leaving the group behind. Other riders tried to chase it, while the camera stayed on, but alas, the figure ran into the shrub and disappeared into the middle of the forest.

The video, uploaded by Youtube account Fredography on March 22, has gone viral and garnered more than 1 million viewers as of Sunday evening.

Many people left comments on the video, sharing theories about the mysterious figure.

There were some who suspected the figure to be a member of the Mante tribe, an ethnic group that is one of Aceh's urban legends told and passed down the generations about the origins of modern-day Aceh people. However, there has not been any scientific expeditions to establish the presence of the tribe.