Hundreds of radioactive boars have taken over this Fukushima town 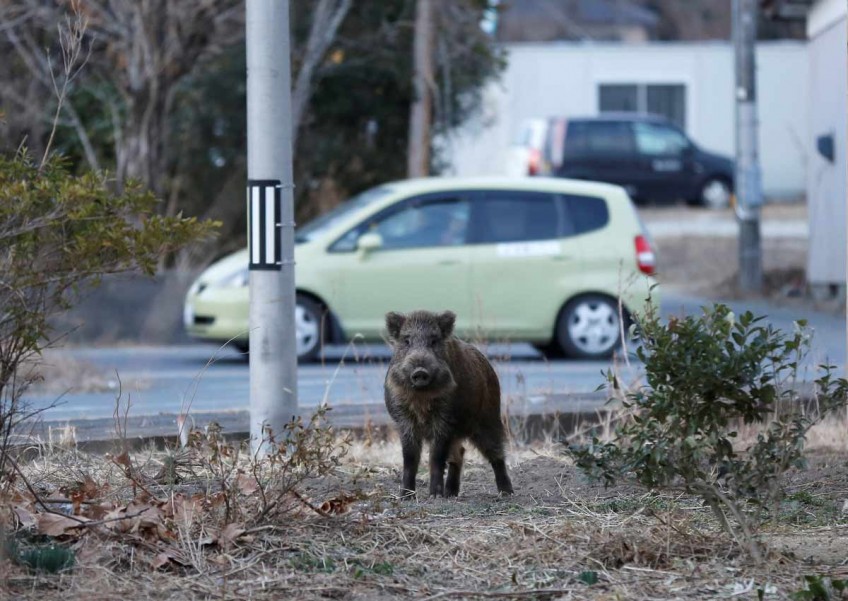 Hundreds of radioactive wild boars moved into deserted towns after the nuclear crisis. Now they scour the empty streets and overgrown backyards of the Namie town for food, an unexpected nuisance for those returning home six years after the meltdown.

Namie and another town, Tomioka, both located within the 20 kilometers exclusion zone from the Fukushima plan, both set to partly reopen for nuclear refugees towards the end of the month. But these boars have been known to attack people.

Local authorities are hiring teams of hunters to clear out the uninvited guests.

Local hunter Shoichi Sakamoto said: "After people left, their ecosystem changed. They began coming down from the mountains and now they aren't going back. They found plenty of food, and no one will come after them. This is their new home now."

The boars have been destroying local farms and eating plants contaminated with radiation. Some tested by the government showed levels of radioactive material 130 times above Japan's safety standards.

Five towns in Fukushima have partially reopened since the disaster so far. But three weeks before the evacuation order is to be lifted here in Tomioka, the average radiation level is still well above Japan's goal.

Homes are still damaged or abandoned, and the streets are littered with bags of radioactive waste.