Hunger and debt: Hit by Covid-19, farmers in the Philippines hope their children follow a different path

Jovanie Carpio carries a crate of tomatoes in Kasibu, the Philippines.

Nueva Vizcaya, a landlocked province in the Philippines with a population of about 460,900, is home to some of the biggest vegetable producers in the country.

An agricultural region eight hours’ drive from the nation’s capital and known as “the salad bowl of the north”, it supplies most of its vegetables to Manila despite not having an airport of its own. Vegetables travel by trucks daily from the upland green plots to the tables of the capital’s residents.

But when the coronavirus pandemic hit the country, travel restrictions were imposed, disrupting the supply chain of vegetables, and causing a devastating effect on the livelihood of hundreds of farmers. Among those affected were migrants, who after losing their jobs overseas have been forced to return to their farmland, and are now struggling to make ends meet.

Mary Ann Esteban, 47, who worked in Dubai as an airport ground crew member for 19 years, lost her job in October as a result of the pandemic.

“I left the country and my family because we experienced hunger and it broke my heart,” she recalled.

Esteban, a single mother of four, started farming in Kasibu – a municipality in the province of Nueva Vizcaya – to continue providing for her family and for the youngest one, aged 19, to finish school.

She is now growing vegetables as well as rice while raising pigs and running a small shop.

Esteban said it was hard to gauge how much her family could make every month because they earned more during harvest season. The money to cover their daily expenses comes from the shop.

Her migration story – much like millions of others – was tainted with pain.

“It was a heavy feeling, I cried from Manila airport to Dubai. I was very homesick and every time I saw a plane, I wished I could go home. But I told myself that If I did not leave, my children will keep on experiencing hunger and they won’t be able to go to school,” Esteban said.

“Because of the pandemic, I returned to farming and the fear of hunger came back,” she said.

Raquel Tupaz, 40, also had to return to the Philippines unexpectedly.

She was a domestic worker in Saudi Arabia for about two years, but when her employer tried to sell her on to another employer in January last year, she decided to return home.

Tupaz, a mother of three children aged between ten and 15, arrived in the Philippines shortly before the pandemic hit the country, and with no job, she turned to her family’s farmland.

Tupaz has since then been farming ginger on top of the mountains of Kasibu. Almost every day, she hikes for about 30 to 45 minutes through slippery and muddy walkways.

But Tupaz and her husband can only harvest once every eight to ten months when the ginger matures. Once ripe, they bring it down the mountain to a commercial terminal or sell it locally.

Despite saying that farming is easier than her previous work, Tupaz, whose husband is also a farmer, hopes to get a better paid job overseas in the near future.

“I wanted to help my husband, that’s why I went to Saudi and I did not expect that it will be harder. In Saudi, even when I am sick, I still need to work. My employers didn’t care,” she said.

But “farming is difficult because we need to work, rain or shine”, Tupaz said, adding that it did not provide a reliable income.

“It’s really hard when my children want to eat something and I cannot provide. I don’t want my children to be hungry,” she said.

Some of the farmers who feed the nation never left their land. For many, farming is a family business that passes from one generation to the next.

Among them is the Carpio family in Kasibu. Silvestre Carpio, 64, has recently passed on the land plot to one of his sons, Jovanie Carpio, 30, but everyone in the family still works together.

Jovanie – who often carries with him a water barrel, pesticide sprays, and his machete – usually starts his day at the break of dawn to tend to about a hectare of family land, tucked between mountains, and only reachable through a narrow bumpy road.

Unable to finish school, he dedicates his life to cultivating vegetables, such as tomatoes and chilies, which are then sold at the Nueva Vizcaya Agricultural Terminal. The farming land is the primary source of income for his family.

“We need to harvest fast so we can deliver early. The prices of vegetables change fast,” Jovanie said, while harvesting in a rush under the rain.

When the lockdown was imposed last year, Carpio’s family lost a season of harvest, as they could not bring the vegetables to the market.

Losing one season of harvest means there will be no capital to invest in the next planting season. That loss – more than 30,000 pesos – continues to be felt by the family, with Jovanie still paying the debt incurred from lost income.

Zeny Elan, a 40-year-old farmer in the same region, knows such a struggle too well.

“The pandemic put us in a cycle of debt when we could not sell our crops because of the lockdown,” she said.

Elan, who grows cucumber and pumpkin, felt she had no option but to borrow money from lenders to continue farming and keep providing for her family.

The mother of two daughters, one of whom is still a student, now owes more than 100,000 pesos with interest and has no idea when she will be able to pay it.

Elan is more afraid of her family going hungry than she is of the virus – a fear shared by hundreds of other farmers.

Cherrie Atilano, founding farmer of Agrea – a social enterprise that aims to eliminate poverty among farming and fishing communities and to help ensure food security in the country, said the past year had been particularly hard for farmers as well as for the country’s underprivileged who now struggled to pay for more expensive vegetables.

“It has already been very difficult for the farmers to sell their produce due to the series of lockdowns, not to mention the typhoons at the end of 2020. They lost most of their produce and several cropping seasons,” she said. 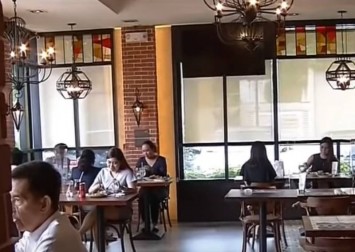 At the same time, the partial closure of rural markets “combined with the insufficient supply of products, led to shortages of food supplies and dramatically increased prices, which particularly affected urban dwellers and the poor,” said Atilano, who has been appointed as Food Security Ambassador by the Department of Agriculture.

“Eating healthier is a scarcity nowadays when you are the poorest of the poor and/or someone who lost a job.”

Other countries across the Asia-Pacific and beyond are grappling with similar challenges amid the Covid-19 crisis, with vulnerable communities being further pushed into poverty and malnutrition.

While consumers have faced shortages of goods as well as volatile prices due to the disruption of supply chains, some farmers have been unable to tend to their fields, and others have been left with no option but to destroy fresh produce and even livestock.

In Vietnam, which is heavily dependent on exports, extended lockdowns have made dispatching produce for sale a lot harder, as merchants can’t travel to their farms.

Official statistics project that fruit and vegetable exports will drop by about 30 per cent in the second half of the year. Seeking an alternative, some have taken to social media to try selling fruits and vegetables at low prices.

In Bali, farmers had to abandon growing crops previously intended for the hospitality industry, which has been heavily focused on foreigners, while the general decrease in the purchasing power of Indonesians has also led to dwindling demand for local produce.

"Dreams of their own"

The Nueva Vizcaya Agricultural Terminal, which caters to farmers from the mountains and near provinces, used to be bustling with activity 24 hours a day before the pandemic.

But when Covid-19 hit the region, it was forced to limit vegetable deliveries, which affected both the farmers and the disposers, middlemen who buy the vegetables from the farmers and sell them to buyers.

“Buyers cannot come because of the lockdown, so even if there are vegetable deliveries, who will buy them?” said Noelle Kenjuran, 40, who has worked as a vegetable disposer for about a decade.

Vegetables are fast commodities. The longer they stay in the terminal, the lower their price.

Some farmers, who have been unable to turn any profits, have ended up donating a whole harvest, which often means falling further into debt.

Only some of those who own their trucks were able to sustain their businesses and deliver vegetables to retail clients in Manila.

Arthur Alfaro, 50, has been a vegetable disposer for more than a decade, and his four trucks make trips every day.

Buying and selling vegetables allowed him to send his three children to good universities – but the recent crisis posed new challenges.

His profits plunged during the first lockdown, but slowly increased during the pandemic, because his trucks are among the few that can deliver vegetables to the capital.

“Vegetable prices are like the stock market, it changes so fast. I need to monitor the supplies from other places based on the season,” he said.

One of Arthur’s sons, Kurt Alfaro, a 26-year-old industrial engineer, has now taken over most of the family business responsibilities. Despite the current crisis, he hopes that more people will return to their land.

“Younger generations don’t see farming as cool because we are still using it the traditional way. If we don’t invest time and energy, farming in the Philippines will have a bleak future,” he said.

Atilano, of Agrea, hopes that the lessons learned from the Covid-19 crisis can fuel the development of new sustainable agricultural policies and decision-making in the Philippines.

“We need to find a better mechanism for helping the farmers on their post-harvest facilities, transportation support, better access to the market as well as financial support to continue farming.” 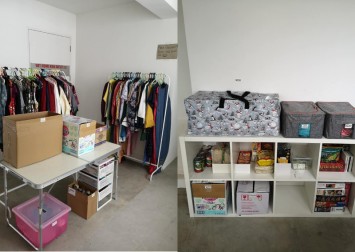 The current crisis, she said, “should teach us a lesson” to take a holistic approach and create business models that could thrive in the post-pandemic world.

But parents like Esteban and Tupaz do not wish for their children to take on farming – they fear the uncertainty that comes with a profession at the mercy of the weather and prone to crises.

Esteban wants to get another job in Dubai once the borders open and the pandemic ends.

“We are together but I don’t want my children to experience [hunger] again,” she said. “I don’t want them to become farmers like me. I want them to get office jobs because farming is difficult.”

Tupaz also intends to leave farming behind. As soon as travel restrictions are lifted, she hopes to become a domestic worker in somewhere like Hong Kong, Dubai or Singapore.

“I still plan to return abroad because I don’t want my children to become farmers. I want them to have their own dreams.”

Reporting for this story was supported by the National Geographic Society’s Covid-19 Emergency Fund for Journalists with interviewees also featured in a piece published by Rappler, an online news website in the Philippines.