Hunt for gang after $350,000 worth of gold robbed from Hong Kong shop

The jewellery shop in To Kwa Wan was robbed on Sunday afternoon.

Hong Kong police have launched a citywide manhunt for five suspects after robbers made off with HK$2 million (S$350,000) worth of gold in a hold-up at To Kwa Wan on Sunday.

The gang raided a jewellery shop on To Kwa Wan Road near Lok Shan Road after driving up in a taxi at about 3.40pm.

Four jumped out of the vehicle and ran into the shop.

The gang, who were said to have been dressed in black and wearing masks, smashed the glass on the display counters with a hammer and looted the gold inside, while some threatened the shopkeepers with long knives.

The robbers then rushed into the taxi and sped off.

The 55-year-old person in charge of the shop called police immediately. No one was injured in the robbery.

An initial estimate of the gold stolen put the losses at HK$2 million.

Police searched the area but made no arrests. Investigators were looking for clues from security camera footage.

There has been a rise in the number of reports of robberies and burglaries since the summer, with police resources stretched by violent anti-government protests gripping the city.

On November 17, a similar robbery to Sunday's took place at a jewellery shop on Ham Tin Street in Tsuen Wan. Four robbers, who arrived in a car, threatened the shop's employees with a gun-like object, a long knife and an axe. They smashed a glass cabinet and fled with jewellery and cash worth HK$2.5 million. Police were still looking for the four robbers plus the getaway driver. 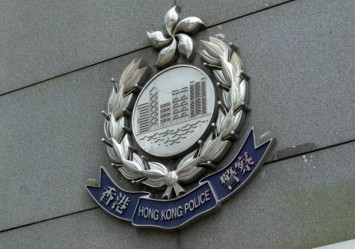 Nine days earlier, on November 8, four robbers made off with HK$10 million worth of watches from a shop on Kwong Wah Street, Yau Ma Tei, after one of the suspects threatened a male employee with a knife.

Police stopped patrolling city streets on foot in August, for lack of available officers, as well as a perceived risk of being attacked by protesters. Officers patrolled in police vans instead.

Latest police figures show reports of robbery rose 6.5 per cent to 53 between June and September this year, from 46 in the same period last year. The number of burglaries soared 48.8 per cent to 720.