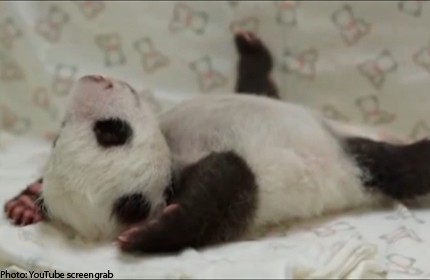 TAIPEI - The newborn panda "Yuanzai" is expected to attract huge crowds of animal lovers, but observers believe it may bring only a short-term boost to the number of visitors to the Taipei Zoo, which has been struggling to revive its popularity.

Yuanzai has been creating much hype since its birth last month, with the press closely following its daily growth. The zoo management is apparently ready for a surge of visitors.

The zoo last saw such hype when Yuanzai's parents, Tuan Tuan and Yuan Yuan arrived in December 2008. At the time, the zoo management expected its visitor numbers to soar to over 6 million annually.

Such figures were overly optimistic. The number only increased to 3.67 million in 2009 from 3.28 million in 2008. And since then, the annual figure has stayed below 3 million, according to the United Evening News.

The newspaper cited the zoo management as explaining that the number was lower than expected because there was strict control on the number of daily visitors to the pandas in order to maintain the quality of visits.

But some Taipei City government officials reportedly pointed out that the zoo estimation was simply unrealistic.

The annual number of visitors to the Taipei Zoo has never gone beyond 6 million. The closest came in 2000 following the introduction of two koalas and some King Penguins.

Some have noted that the zoo has never addressed some of the major complaints of its visitors. The zoo claimed that they tried to maintain the quality of visits to the pandas in 2009. But visitors complained that the crowd control was poor, and they could only have a brief look at the animals after lining up for hours under the blazing sun.

A lack of shelters from the sun has been a major problem at the zoo, but little improvement has been seen over the years.

Many visitors, according to the United Evening News, would not want to return to see the pandas again after the first visit.

The domestic tourism trend in recent years has not been a help for the zoo, some observers said. The doors have been open to Chinese tourists, for whom the favourite spots in Taipei include the Chiang Kai-shek Memorial Hall and National Palace Museum.

But it is very unlikely for Chinese tourists to squeeze in a zoo visit into their tight schedule, observers said.