Monks in ritual attire jump rope, juggle and perform other tricks in a series of online videos posted with a hashtag that in English means "I can do it in priest robes." These monks in Japan are showing their support for a fellow Buddhist monk ticketed for a traffic violation for driving in a long ritual robe because it allegedly affected his ability to drive safely.

Overseas media outlets have also reported on these videos and the humorous resistance movement of the monks, whose moves to express their feelings on social media have gone viral.

On Dec. 31, Toshiaki Mihara, the deputy chief priest at Zenshoji temple in Marugame, Kagawa Prefecture, posted a video on Twitter accompanied by a message: "Our legs also move freely when we wear monk robes." In the video, the 33-year-old Mihara juggles several clubs, even catching one after using the sole of his foot to flick it back over his head.

Mihara's video was a show of solidarity with the monk in his 40s in Fukui Prefecture who was given a traffic violation ticket in September for contravening prefectural government regulations that prohibit driving a vehicle in "clothes that might affect safe driving."

After reading about this incident in a Yomiuri Shimbun article in late 2018, Mihara felt compelled to stick up for his fellow monk by showing that such long robes do not impair his movement, even when performing special juggling tricks. Mihara also drives while wearing robes, so he was worried that he might become unable to visit supporters of his temple.

Mihara's video has been retweeted by viewers around the world. As of Wednesday, it had been viewed about 1.3 million times and generated quite a buzz.

Other monks posted Twitter videos showing them performing a tightrope stunt and skateboarding while wearing their robes, and their messages also featured the hashtag. A Christian pastor wearing a vestment even posted a photo of himself to show support for the monks. 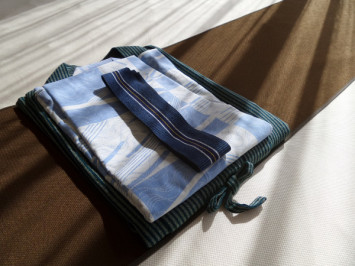 While some Twitter users have written critical comments deriding the monks for showing off with their performances, the overwhelming reaction has been supportive.

Zuiho Yokoyama, the 37-year-old chief priest at Hogenji temple in Minami-Alps, Yamanashi Prefecture, posted a video on Twitter of himself doing double unders.

"The problem is that the criteria for issuing such driving violations are unclear," Yokoyama said. "I'm not directly criticising the police. I just wanted to use humour to raise greater awareness of this problem."

The monks have featured in stories by the BBC and The Washington Post, and these stories have also spread widely across social media.

"I hope there will be deeper discussions on the propriety of the regulations on clothing worn while driving," said the monk in Fukui Prefecture who was issued the traffic violation.